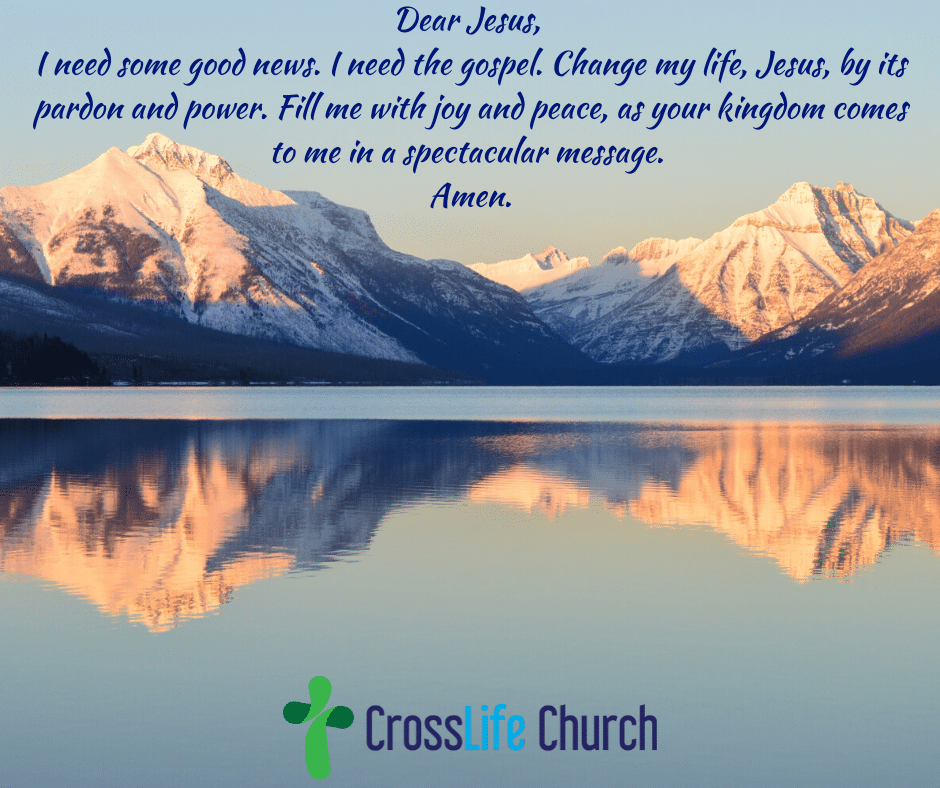 The kingdom of God changes your life. That’s good news!

When Greece was invaded by the kingdom of Persia, the Greeks won the battles of Marathon and Solnus. They sent heralds (messengers) who proclaimed the good news to the cities: “We have fought for you, we have won, and now you’re no longer slaves, you’re free!”

The Greeks had a word for that kind of announcement that changes things in a meaningful way. An announcement that is life-changing and history-making as opposed to just daily news. The Greek word was euangelion which means “good news” or “gospel.”

When the writers of the Greek New Testament of the Bible used that word, they wanted to convey that something happened in history, something has been done for you that changes your world forever. Jesus himself used that word to help people look carefully for, and find, his kingdom. “The kingdom of God has come near. Repent and believe the good news” (Mark 1:15).

Something strikes me as unusual in that statement of Jesus. He says there is good news, and he says that the kingdom of God comes near. To what? To whom? Well, “repent,” implies that a person needs to repent of something, namely a mistake, a mess, a sin against God and others.

This is extremely important so listen carefully. Jesus didn’t come for righteous people who always make the right decision, for religious people who keep all the rules. Jesus once said, “I have not come to call the righteous, but sinners to repentance” (Luke 5:32).

Where will you find the kingdom of God? You’ll find it in an unexpected message. That message is for sinners and it’s called good news, the gospel, something that has happened in history, something that has been done for you that you couldn’t do yourself.

Right there you can see the difference between Christianity and all other religions, including having no religion. The essence of all other religions is advice: do this, don’t do that, how to live a good life, this is what you have to do to connect with God.

The essence of Christianity, of the kingdom of God, is news. Joyful news. “This is what has been done. This is what Jesus did, he lived, died, rose, and defeated sin and the devil to earn the way to God for you.”

PRAYER: Dear Jesus, I need some good news. I need the gospel. Change my life, Jesus, by its pardon and power. Fill me with joy and peace, as your kingdom comes to me in a spectacular message. Amen.