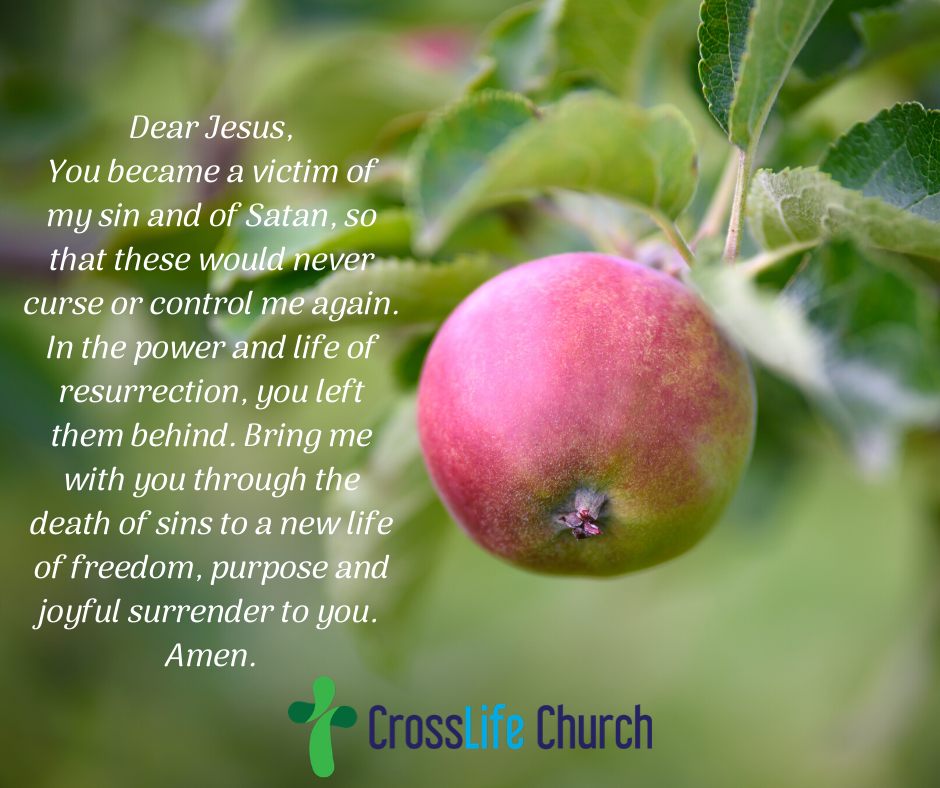 Both were true of Adam and Eve when they broke up with God. They ate the forbidden fruit, choosing someone else (the devil and his lies) and not ready to commit to God (but committed to their own desires and ideas).

Adam and Eve left God as a lonely lover. For the first time in eternity, God became a victim. Hurt. Broken.

Not ready to give up on his relationship with humanity, God reached out to Adam and Eve, hiding in the Garden of Eden. They made excuses. They blamed each other and him.

God’s curious questioning of Adam and Eve turned to cursed condemnation— not directed at them, but at the devil.

“I will put enmity between you and the woman, and between your offspring and hers; he will crush your head, and you will strike his heel” (Genesis 3:15).

God takes over the situation now, no longer allowing the devil to sneakily cuddle up to Eve as trusted friend. She’d know him to be the terrible, tempting foe. Those with allegiance to the devil’s lies opposing God—unbelievers—will clash with believers who, like Eve, fall into sin but turn to God’s mercy.

And, there will be the one offspring of Eve who will be born and become Satan’s conqueror, crushing his head. This is Jesus Christ. He will defeat Satan and sin by becoming a victim again, a second time! Except this time, by his choice.

He would suffer and be crucified. He would experience pain and torture, like being bitten by a snake in the heel. He would limp, weakened and even killed. Finally, rising from the dead, Jesus Christ would accomplish his plan of salvation and save sinners like Adam, and Eve, and us.

God became a victim first by the sinful choice of humanity in Adam and Eve. He was willing to become a victim again by his own choice, suffering for our sins and saving us forever.

If you have become a victim by the injustice or cruelty of others, then take heart in this merciful act of God. He became a victim, too. For you.

Then make the life-changing choice to become a victim again, not by others’ injustice or abuse, but by suffering the injustice that forgiveness demands. By giving up the desire to make them pay, to see them suffer, to exact revenge. Suffer that loss. It’ll hurt. It’ll make you limp.

But it follows the path of Jesus and his choice, including his resurrection. You will be truly free and you will fully live.

PRAYER: Dear Jesus, you became a victim of my sin and of Satan, so that these would never curse or control me again. In the power and life of resurrection, you left them behind. Bring me with you through the death of sins to a new life of freedom, purpose and joyful surrender to you. Amen.

FURTHER MEDITATION: Read your Bible this weekend, turning to 1 Peter chapters 1 and 2. Pray for the Holy Spirit to reveal truths to you more deeply, and to stir your soul and mind to faith and joyful obedience. Look for everything that God chooses to do in order to save you, especially choosing to suffer. And look for the (sometimes difficult) choices that God’s salvation equips you to make as you live for him.