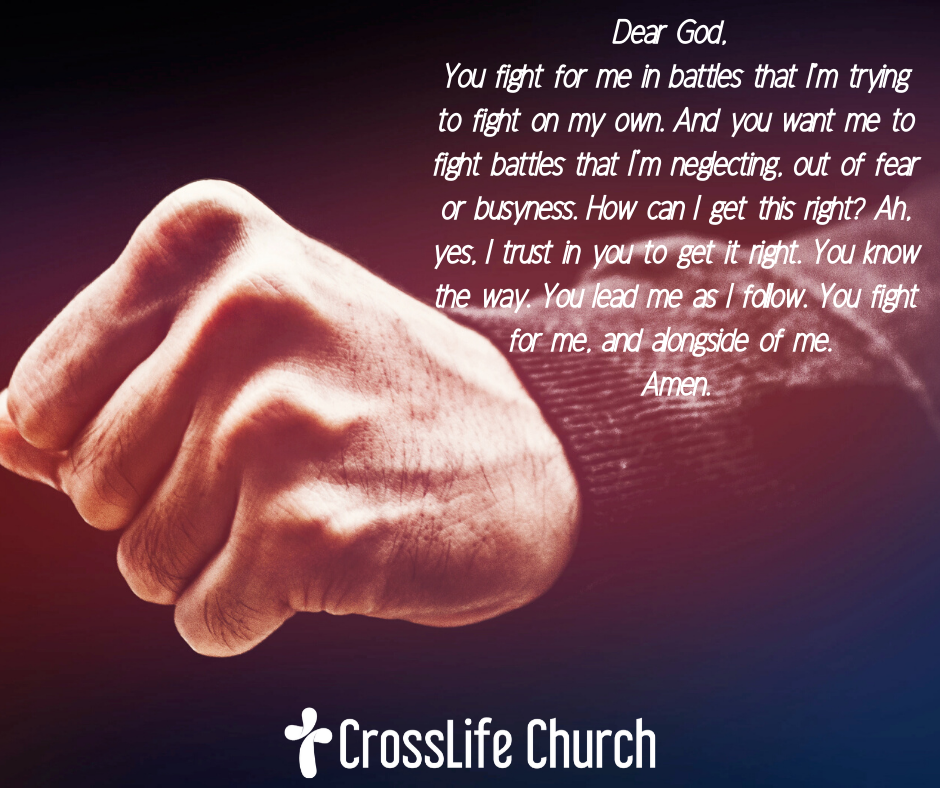 The battery in my watch died. I decided to change the battery myself so I watched a YouTube video, then I went to the store with the old battery and compared it to a wall of watch batteries, many of them very similar to mine.

None matched perfectly. I made my best guess. I opened the back of my watch case—with a struggle—inserted the new battery and reattached the watch case with again a struggle.

The watch was ticking. Success! Until two days later, it stopped working right in the middle of church. I think we went long that day.

So I took it to a jeweler. He fixed it correctly for ten bucks.

Sometimes I try to do things I shouldn’t be doing. Like watch repairs or installing electric outlets that catch on fire. Sometimes I should just leave things to the professionals, otherwise I just mess it up.

Other times, the opposite is true. Get this: sometimes we are not doing what is our job. Sometimes God tells us to do something, to be responsible for something, but we neglect it and actually tell him that he’s responsible. This can be called “testing God.” It’s eating jelly donuts and greasy chips, drinking too much beer, not exercising, ignoring your doctor’s advice to quit smoking, and then praying to God for good health. Don’t do that.

In the Bible a man named Nehemiah is assigned by God to rally people and rebuild the city walls. They began the project and are attacked by enemies. Whose job is it to protect them from their enemies so that they can rebuild the wall?

It’s God’s fight, so they prayed. It’s their fight, so they posted a guard. And it’s a good fight, because struggling as a Christian isn’t a sign of making a mistake but a path to growth and strength.

Are you looking for the right job that fits your priorities? Struggling as a parent or spouse? Feeling overwhelmed or underappreciated? The best thing you can do is to fight with God’s terms of engagement.

To fight within God’s terms, make your biggest struggle a faith-filled wrestling match with these two questions: Am I expecting God to do what he asks me to do? Am I trying to do what God has promised he will do?

FURTHER MEDITATION: Read Nehemiah 4:7-23. Take notice of Nehemiah’s leadership through conflict. He fights the good fight. What is a lesson you learn here for this week?