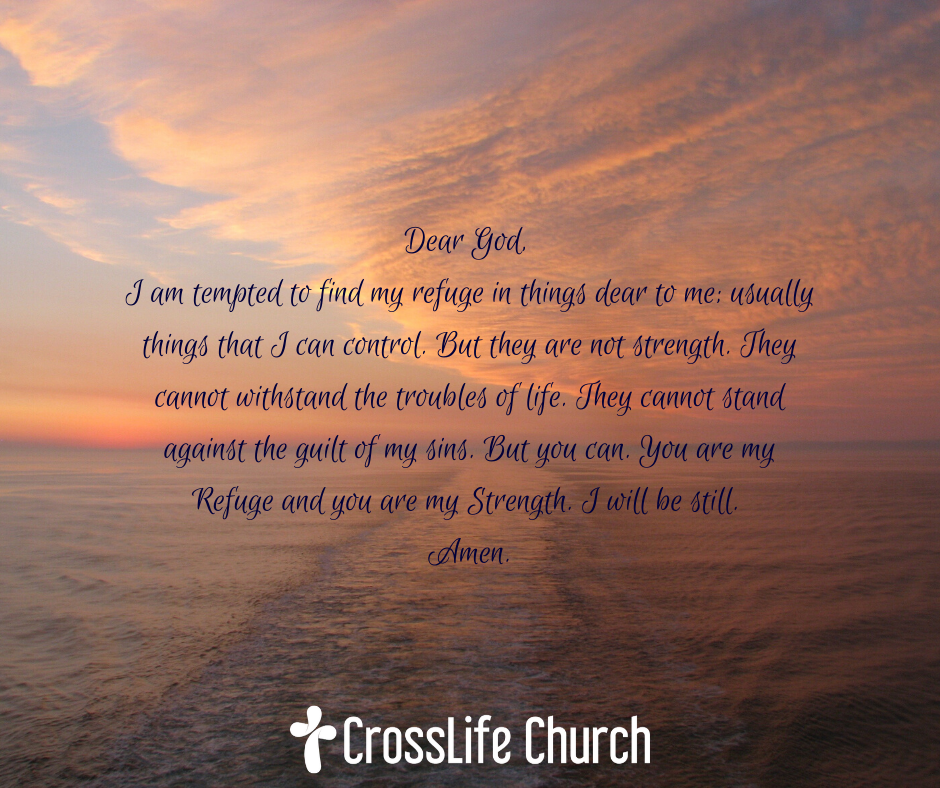 Where did all this “Keep Calm and…” business come from? A motivational slogan of the British government preparing for the Second World War.

The Ministry of Information created a propaganda campaign expecting an air attack by the Third Reich that would unleash chaos. So they designed a poster with a red color to inspire attention and action, placed a symbol of the British crown at the top to speak authority, and then instructed, “Keep Calm and Carry On.”

George W. Bush referenced this slogan after the September 11 attacks: “Keep calm and keep on shopping;” it surfaced again when the economy took a dive. None of these nor any of the wacky “Keep Calm and …” memes plaguing social media are original, however.

This is a command as mighty as the words God spoke on the first six days of creation. “Be still!”

Your Redeemer places his sights on your spiritual enemies and speaks his powerful Word to their wicked attempts. “Be still!”

The very powers of this world that you have every right to fear, they do not willingly step away from you, but they harass you and haunt you, they lie to you and linger in your flesh, they fight against your faith and in their fury they don’t stop.

“Be still! Only I am God!” your Refuge and Strength roars, not as an informative press release but as an imperative declaration of what has been, what is, and what will always be. Your mountain God where you find true rest and real strength will be exalted, and you with him.

“God is our refuge and strength, an ever-present help in trouble. Therefore we will not fear, though the earth give way and the mountains fall into the heart of the sea” (Psalm 46:1,2).

PRAYER: Dear God, I am tempted to find my refuge in things dear to me; usually things that I can control. But they are not strength. They cannot withstand the troubles of life. They cannot stand against the guilt of my sins. But you can. You are my Refuge and you are my Strength. I will be still. Amen.

FURTHER MEDITATION: Read Psalm 46 and then pray the PRAY acronym.