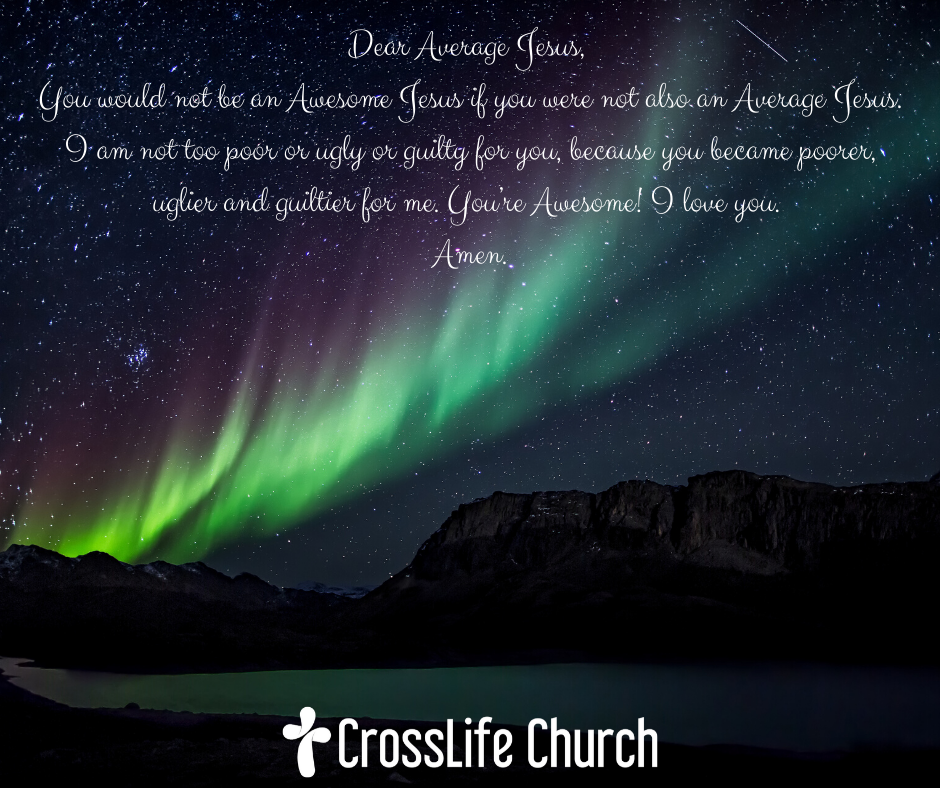 But the real plot of the series: these guys are just Average Joes – good guys with great hearts, average looks, and some even describing themselves as nerds. In the final episode, Melana chose Jason, a 26-year-old still living with his parents, over the other finalist, Adam, a successful New York businessman and millionaire.

Jesus is arriving in our hearts again this Christmas. Don’t miss him because he’s so, well, average.

Look for Jesus with faith, not sight. See him as the Bible shows him – true God, begotten of the Father from eternity and also true man, born of the virgin Mary. Your Savior would not be an Awesome Jesus if he were not first an Average Jesus.

“The grace of God that brings salvation has appeared to all people” (Titus 2:11).

Christmas means that God is real. He’s an Average Jesus who enters your existence and identifies with your dreams and fears, shares similar family stories of embarrassing parents and rejection by siblings, knows what it’s like to be tempted by the forbidden fruit and to be troubled by the dread of tomorrow.

Your God sleeps and eats and wears clothes.

Your God breathes and bleeds.

Your God, in unexceptional humility and lowliness, was born like you to die for you and live in you.

PRAYER: Dear Average Jesus, you would not be an Awesome Jesus if you were not also an Average Jesus. I am not too poor or ugly or guilty for you, because you became poorer, uglier and guiltier for me. You’re Awesome! I love you. Amen.

FURTHER MEDITATION: Read and reflect on The Apostles’ Creed https://wels.net/about-wels/what-we-believe/creeds/. Notice in the creed’s second article (the middle of three paragraphs) what is 1) awesome or 2) average about Jesus. Say a prayer of praise to him today!