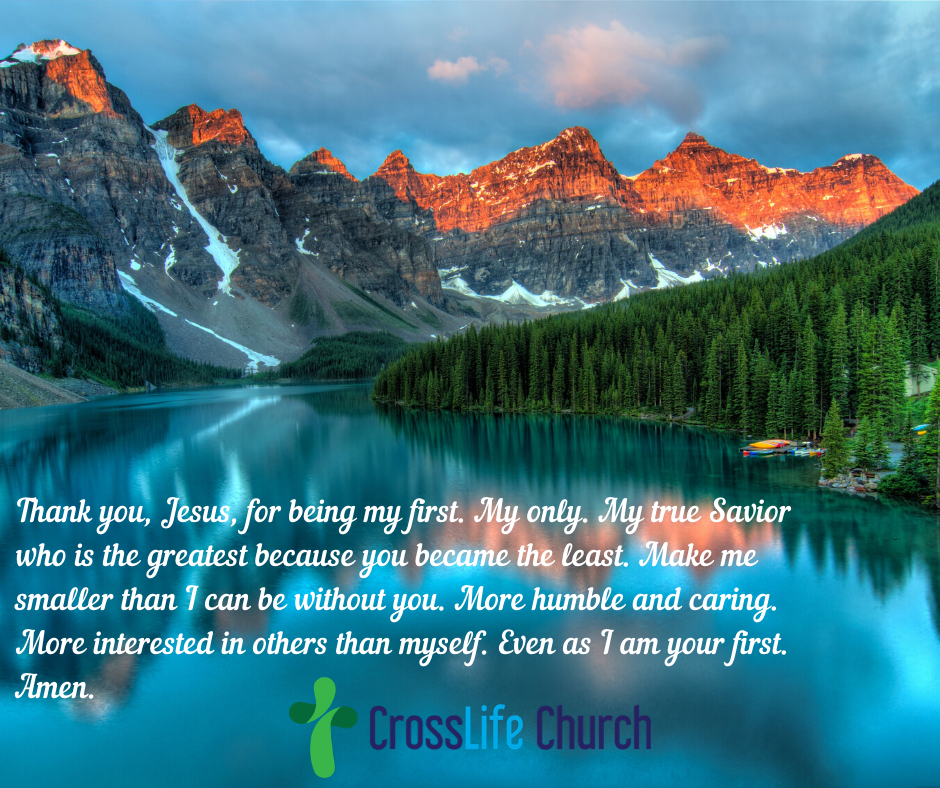 “Jesus did not want anyone to know where they were” (Mark 9:30). He wasn’t in search of fame. He didn’t need to be great. He didn’t get uptight when he wasn’t popular.

For the disciples, though, fame and greatness were significant. One theme of Mark’s gospel is that each time Jesus announces his pending suffering and death, the disciples respond improperly in some way.

Peter rebuked him. Other followers left him. One time, after they arrive in Capernaum, Jesus asks his disciples, “‘What were you arguing about on the road?’ But they kept silent because on the way they had argued about who was the greatest” (Mark 9:33,34).

Okay. Peter, James, and John had been invited by Jesus to his transfiguration and to the private bedroom where Jesus raised Jairus’ daughter from the dead. Judas held control of the disciples’ treasury. Matthew had connections in high places. Andrew was one of the first to follow Jesus and Jesus had called Nathanael a true Israelite.

So who was the greatest?

The disciples felt it necessary to figure that out. So much that they actually argued about it. But why? Why did it matter? And then they prove their own sinful pride when they have no answer for Jesus.

“Sitting down, Jesus called the Twelve and said, ‘Anyone who wants to be first must be the very last, and the servant of all’” (Mark 9:35).

Who else in this world gives you permission to be last? Your parents don’t tell you, “Please slack off your studying to drop that GPA.” The VP for sales doesn’t demand, “Take it easy, we need to slow down or we’ll outperform our competitors.”

It’s okay to be last. As a matter of fact, Jesus demands it.

PRAYER: Thank you, Jesus, for being my first. My only. My true Savior who is the greatest because you became the least. Make me smaller than I can be without you. More humble and caring. More interested in others than myself. Even as I am your first. Amen.

FURTHER MEDITATION: Read Mark 9, the entire chapter. Take your time. This “you must be last” unfolds in ways that become clearer when you read the wider context. What is the Spirit of God telling you in these words today?