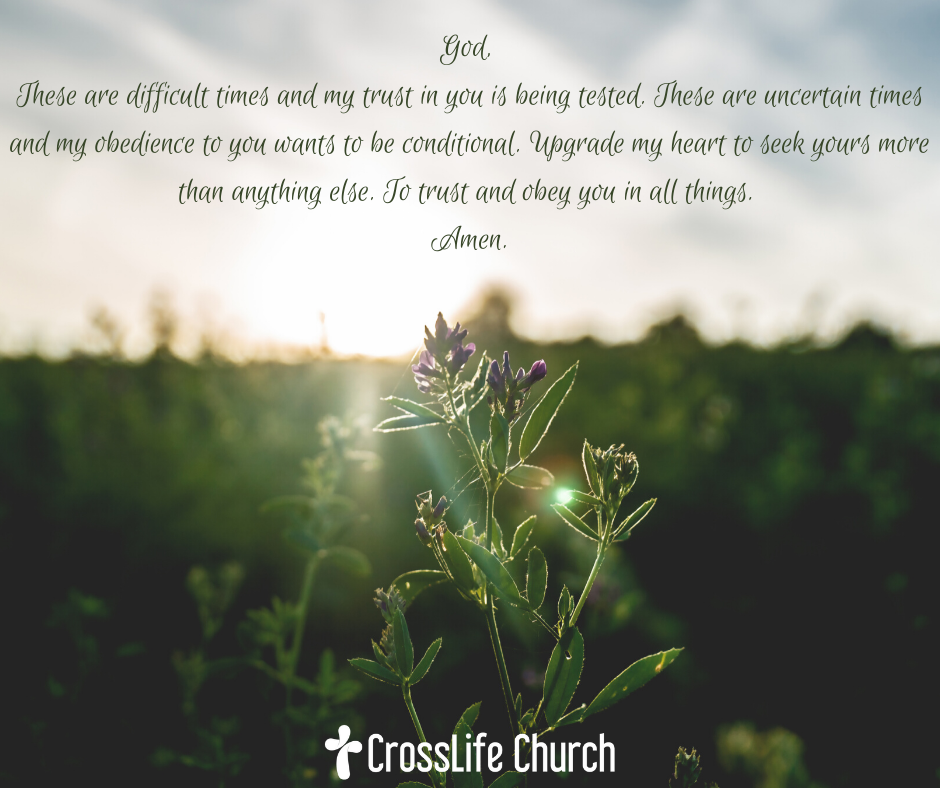 King Saul thought he understood the situation better than God. He was wrong. And the prophet Samuel told him so.

“You have done a foolish thing,” Samuel said. “You have not kept the command the Lord your God gave you; if you had, he would have established your kingdom over Israel for all time. But now your kingdom will not endure; the Lord has sought out a man after his own heart and appointed him ruler of his people, because you have not kept the Lord’s command” (1 Samuel 13:13,14).

If you trust in the Lord only during good times, but not during difficult times, you aren’t serving him but only using him.

If you obey the Lord only during certain times, and not during uncertain times, you are not following him but telling him to follow you.

Saul loved the Lord conditionally, and was using him more than serving him. When faced with a crisis, and a critical moment of whether or not to obey the Lord’s word through Samuel, Saul trusted in himself more than the Lord.

This is not a one-time slip up, but a character fault of Saul, and a public act of disobedience for which he lost his position and his privileges as king.

Yet, the faithful Lord of covenant promise will not forsake his chosen nation. He will provide a replacement king. An upgrade. A man after his own heart. His name is David.

Through David’s line, the Lord of covenant promise expanded his chosen people to include everyone in the world. All nations. All people. You. When the perfect King Jesus took up his reign, conquered your enemies, and shares God’s heart with you still today.

PRAYER: God, these are difficult times and my trust in you is being tested. These are uncertain times and my obedience to you wants to be conditional. Upgrade my heart to seek yours more than anything else. To trust and obey you in all things. Amen.

FURTHER MEDITATION: Read 1 Samuel 13. What promise of the Lord should Saul have trusted when his army dwindled to 600 men after 6 days of waiting? How must you improve also at trusting in this promise when all hope seems lost?