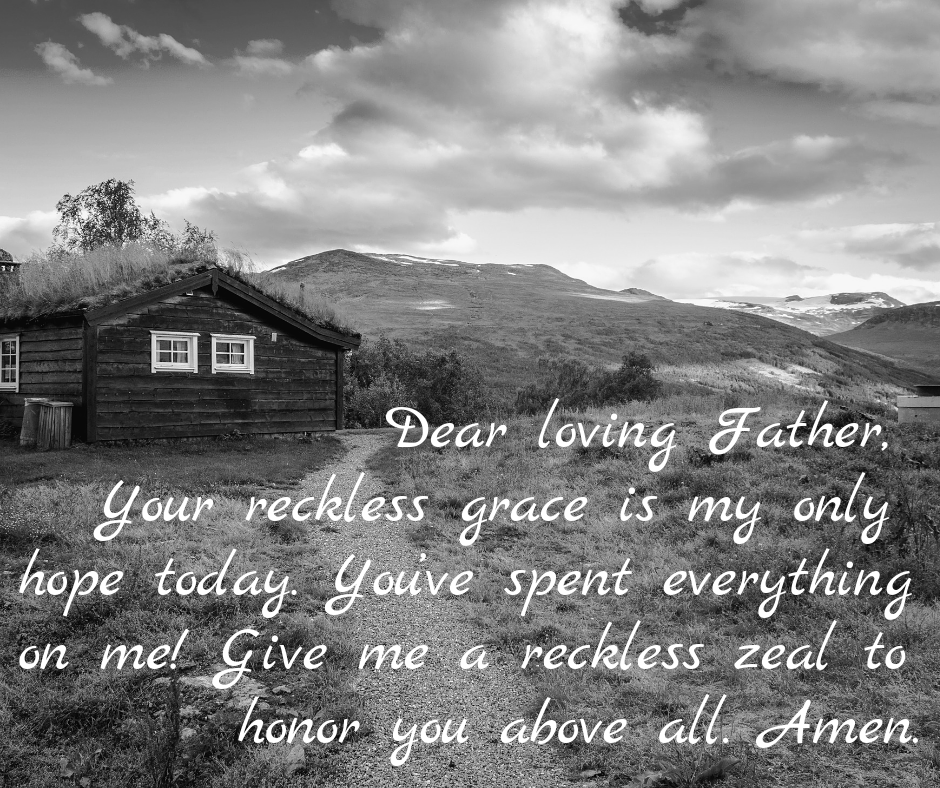 When was the last time you used “prodigal” in a sentence? It’s just an ancient and misunderstood word. But it has deep meaning and I wish it hadn’t been replaced. Do you know what it means? It does not mean lost, or rebellious, or wild.

Prodigal means “recklessly extravagant” or “having spent everything.” It describes the behavior of the younger son in Jesus’ parable when “he got together all he had, set off for a distant country and there squandered his wealth in wild living … [he] spent everything” (Luke 15:13,14).

What a terribly reckless way to spend the inheritance his father had given him!

“Prodigal,” however, also describes the father in the parable, who represents God. When the son came to his senses and returned him, the father ran to meet him, embraced him, and announced, “Quick! Bring the best robe and put it on him. Put a ring on his finger and sandals on his feet. Bring the fattened calf and kill it. Let’s have a feast and celebrate” (Luke 15:22,23)!

What an inappropriate way to discipline a rebellious son’s insubordination!

Yes, reckless. That’s what God’s grace always is. More than that, it is recklessly extravagant. It spends everything. Gives everything. Freely to sinners, but at its own incredible cost.

Please note that Jesus is telling a parable about salvation, not leading a workshop on parental discipline. There is a place for discipline. At the same time, the predominant feature of God’s character is not discipline at all. It is grace. Prodigal grace. Reckless. Extravagant.

Enjoy that grace right now. And share it soon.

PRAYER: Dear loving Father, your reckless grace is my only hope today. You’ve spent everything on me! Give me a reckless zeal to honor you above all. Amen.

FURTHER MEDITATION: Well, c’mon, how can we not read the entire parable of the prodigal son in Luke 15:11-32? As you do, spend some time in discussion with a family member, friend or your group. Answer these questions: