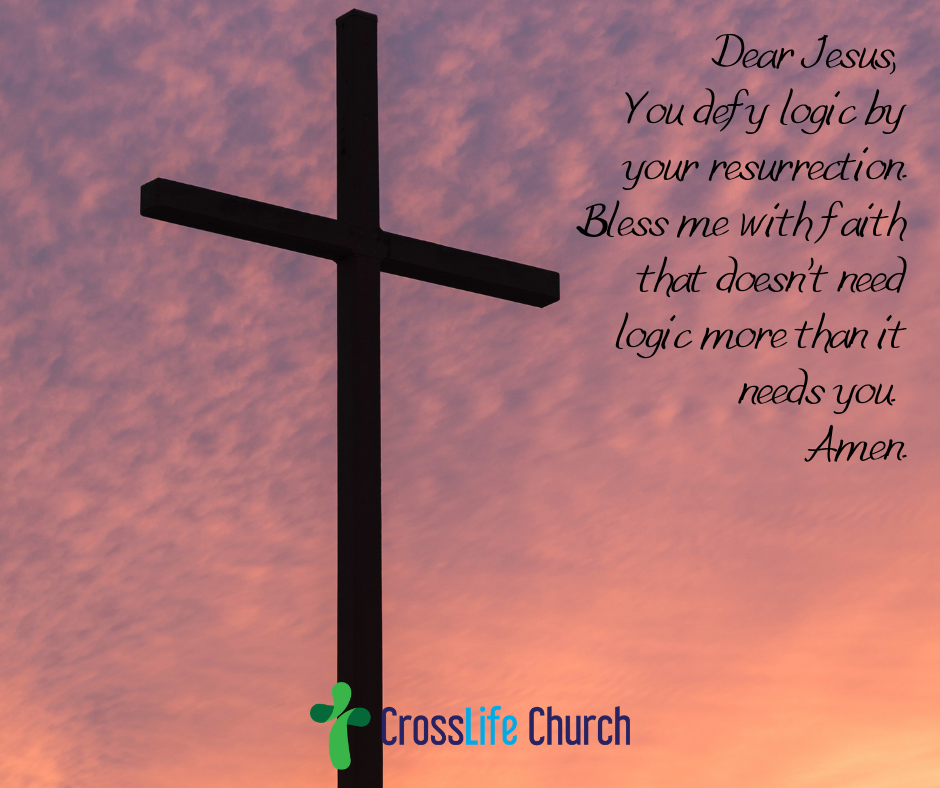 From the first moments that the risen and living Jesus appeared to people, we observe two responses.

First, the women who went to Jesus’ tomb early Sunday morning. An angel told them that Jesus was alive. They “hurried away from the tomb, afraid yet filled with joy, and ran to tell his disciples. Suddenly Jesus met them. ‘Greetings,’ he said. They came to him, clasped his feet and worshiped him” (Matthew 28:8,9).

The women believed that Jesus defied all logic. How can a dead man live again? It didn’t compute, but they believed it. They saw him. And they wanted to be close to him, clasping his feet. They worshiped him.

We are closest to Jesus and most worshipful when we don’t fully understand, can’t completely control him.

The enemies of Jesus, however, didn’t believe that Jesus defied logic. The Jewish religious leaders used logic to defy Jesus. The soldiers responsible for guarding the tomb reported to these leaders that Jesus had risen. This escape would mean death for these soldiers.

The religious leaders “gave the soldiers a large sum of money, telling them, ‘You are to say, “His disciples came during the night and stole him away while we were asleep.” If this report gets to the governor, we will satisfy him and keep you out of trouble’” (Matthew 28:12-14).

That made sense to the leaders, and the soldiers who took the money. They couldn’t let this news get out for a number of reasons! They defied Jesus, in a way that seemed very logical. Everybody wins.

Except Jesus. And since Jesus rose from the dead to prove he’s the real thing, these leaders and soldiers who defied him would someday be defied themselves. They would lose.

What is your response to the resurrection of Jesus? Do you defy Jesus, his forgiveness for you, his new life for you, the power he gives you over sin—and you use logic to do it? You have to make sense of things. Too bad for you. Your logic—no matter how sealed tight you think—leaks badly compared to the resurrection victory of Jesus.

Instead, come close to Jesus and let him defy your logic. Let him be God. Let his resurrection change you and give you life. Believe him. Hold onto him. Worship him. Stop trying to control him.

PRAYER: Dear Jesus, you defy logic by your resurrection. Bless me with faith that doesn’t need logic more than it needs you. Amen.