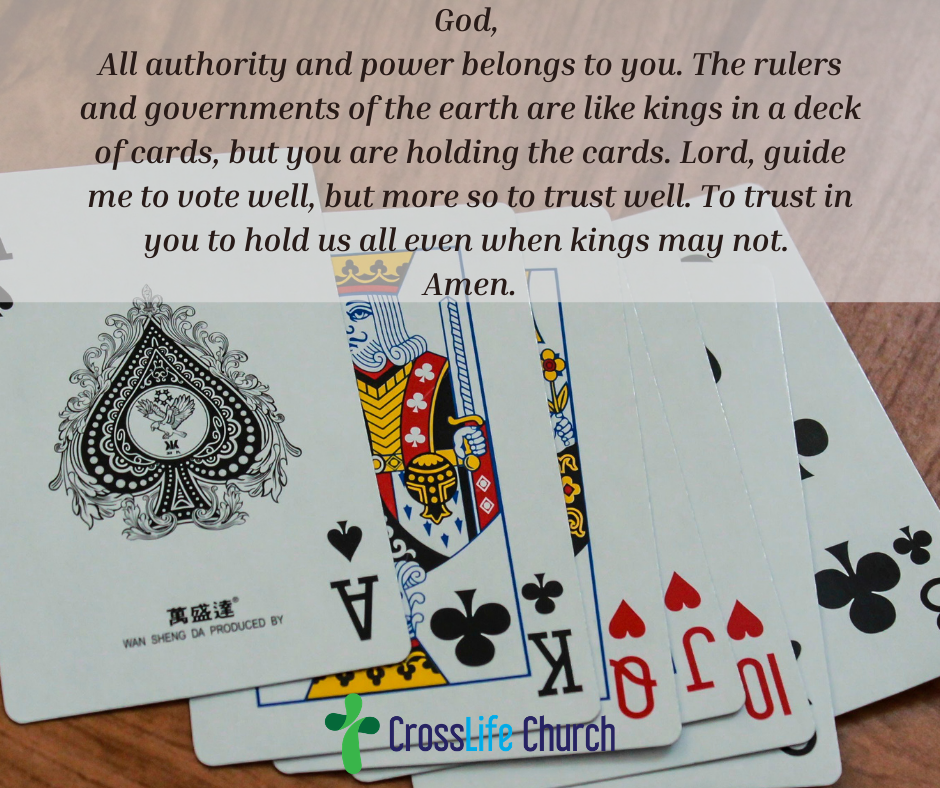 What do these 4 kings have in common: Charlemagne, David, Caesar and Alexander?

These are the kings of hearts, spades, diamonds and clubs in a deck of cards. But where is the King of kings, the Lord of Lords? Where in a deck of cards is the supreme commander of the universe who created the heavens and the earth? Where is Jesus Christ?

Jesus is holding the cards

Pharaoh chased down Moses and the Israelites but God used Pharaoh for his own purposes, saying, “I will gain glory through Pharaoh and all his army, through his chariots and his horsemen” (Exodus 14:17).

You are helping shuffle the deck. No matter who is in it, Jesus will always be holding the cards.

PRAYER: God, all authority and power belongs to you. The rulers and governments of the earth are like kings in a deck of cards, but you are holding the cards. Lord, guide me to vote well, but more so to trust well. To trust in you to hold us all even when kings may not. Amen.

FURTHER MEDITATION: Read Psalm 118:9 and meditate on it in prayer. Be honest and confess where you have trusted in this world’s governments or rulers to give you what only God can give you. Turn to him in repentance, and trust him more today. It’ll give you confidence to vote, knowing that Jesus is holding the cards.