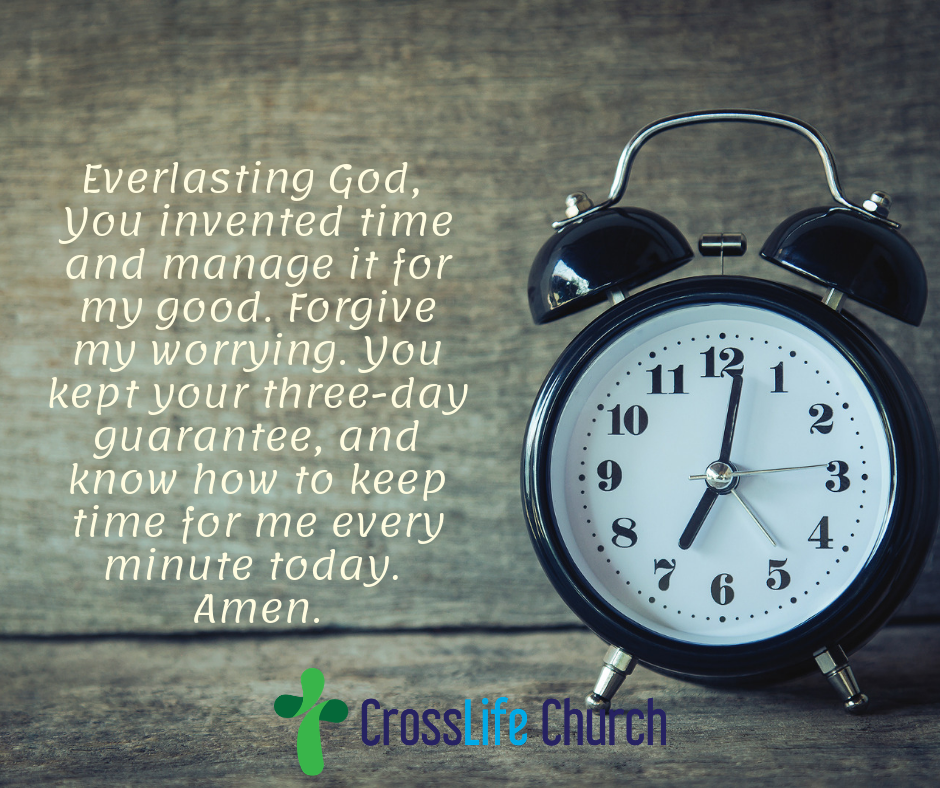 The Bible has a reason, beyond introductory information, for recording the exact time of the first Easter when Jesus rose from the dead “after the Sabbath, at dawn, on the first day of the week” (Matthew 28:1).

To put it differently, God in his Word is politely stating, “I told you so!” Jesus had previously promised, “After three days I will rise again” (Matthew 27:63).

The passing of time doesn’t just arbitrarily ebb away like sand through an hourglass. Nor does it automatically tick-tock, tick-tock because a battery is powering a clock engineered at a precise pace.

God created time when he brought the universe into existence, he defined a day as a 24-hour evening and morning, and then he even showed off in Old Testament times when he made the sun stand still in the middle of the sky (Joshua 10:13)!

God promised that a certain amount of time would pass between his death and his resurrection from the dead, specifically, three days. And sure enough, on the third day God rose to life, despite so many who mocked him. Even when he was dead, God had power over time!

Where in your life do you feel like time is not on your side?

An ominous deadline overwhelms you. It’s really not a good time to be pregnant. Your plans are getting delayed more than getting done. It’s happening more frequently that your body shows signs of aging.

We often feel like victims of time. Like Jesus who was illegally and unjustly put on trial at a time of the night when it shouldn’t have happened. But it did. Or, whose pregnant mother was called away from home to participate in a Roman census—that was not part of Mary’s plan, nor was giving birth in Bethlehem.

But time is never your enemy, as long as you remember that it belongs to God. He created it in the beginning, and he engineers the moments and minutes to serve him for your good.

So live with no regrets about the past, with appreciation for the present, and without worrying so much about the future. Trust in the God who commanded death with a 3-day deadline. Live every moment as an opportunity and blessing given as a gift from your Savior.

PRAYER: Everlasting God, you invented time and manage it for my good. Forgive my worrying. You kept your three-day guarantee, and know how to keep time for me every minute today. Amen.

FURTHER MEDITATION: Take at least 15 minutes. Find a quiet place. Ask God to open your mind to his Word as you meditate on him. Can you think of at least three other occasions in the Bible where time seemed inconvenient or even appeared to mess things up? How does each occasion teach you to better trust God?