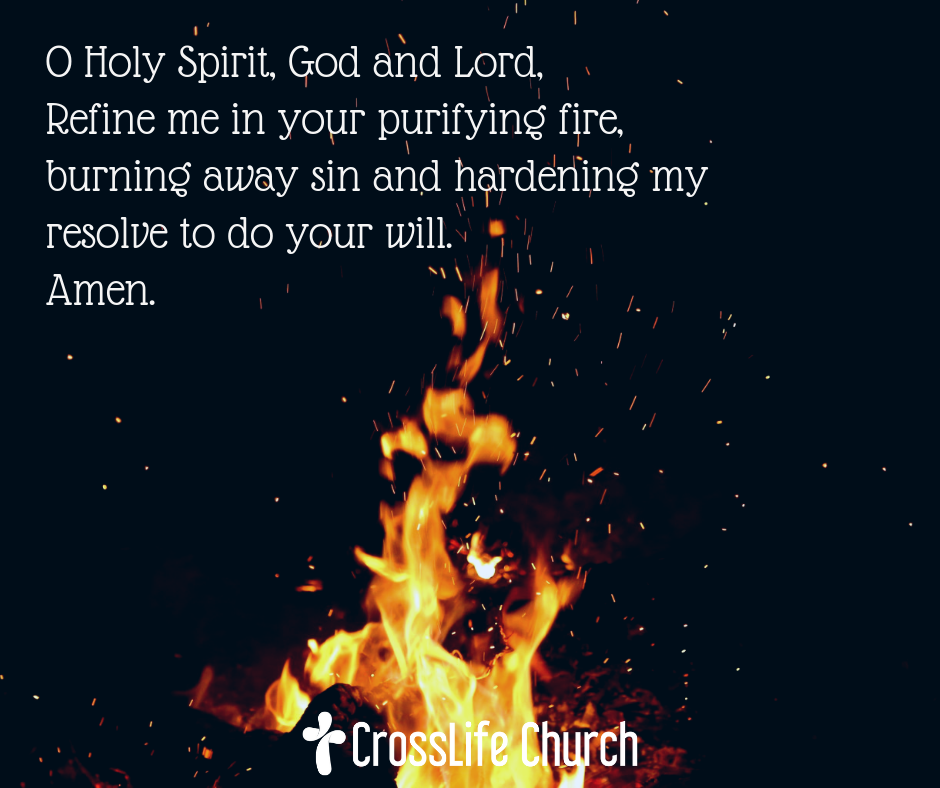 It seemed like fire ignited Jesus at his transfiguration on the mountain. Peter, James and John were watching. God recorded the event in the Bible for us to watch, too. “Just then there appeared before them Moses and Elijah, talking with Jesus” (Matthew 17:3).

God summoned Moses and Elijah from their heavenly retirement to appear in fiery splendor, bringing with them the works and wonders God had accomplished through them against the mightiest of enemies and the greatest of odds.

Fire that keeps faith burning when you lose sight of the flame, feeling overwhelmed and afraid because it appears the torch has been extinguished—like when Elijah hid in a cave and wanted to give up. Until God showed him that his fire often doesn’t burn brightly but deeply, unseen, like hot, orange coals under gray ash.

God once appeared in a fiery bush to Moses living with guilty regret and empty hope, and called him to a mission impossible—except with the help of God. Do you hear him calling you the same?

God once appeared in a pillar of fire that protected and led his people traveling through a wilderness of uncertainty, not knowing what the next day would bring. Will you follow him?

God once accepted the fiery sacrifices of unblemished lambs and has accepted, once and for all, the innocent Lamb, Jesus Christ, offered as payment for sin. So he forgives you for everything. Your shame is burned and gone. Your life is purified. Will you live your new life?

PRAYER:O Holy Spirit, God and Lord, refine me in your purifying fire, burning away sin and hardening my resolve to do your will. Amen.

FURTHER MEDITATION:Watch this 5-minute video explaining the role of Old Testament prophets https://youtu.be/edcqUu_BtN0. It tells of their major messages assigned by God: Accusation, repentance, and the Day of the Lord. Through issuing warnings and providing hope, these men of God made a difference in God’s salvation history. Would you classify Jesus as a prophet? Why or why not?