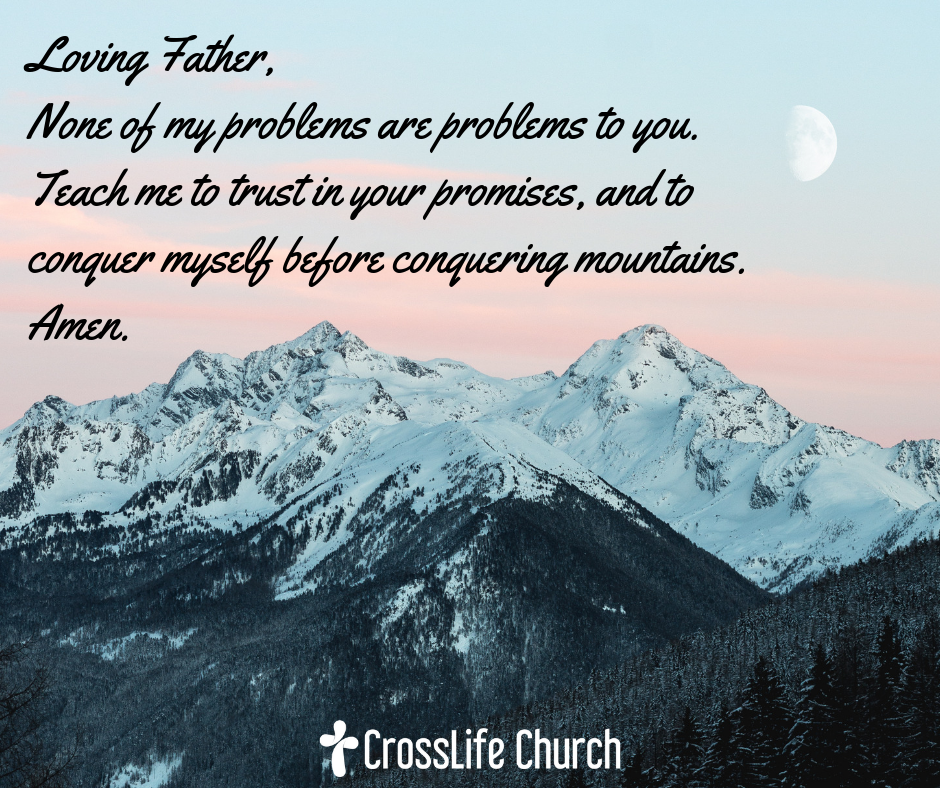 “Consider it pure joy, my brothers and sisters, whenever you face trials of many kinds, because you know that the testing of your faith produces perseverance. Let perseverance finish its work so that you may be mature and complete, not lacking anything” (James 1:2-4).

On this day—May 29—in 1953, Sir Edmund Hilary became the first man to reach the summit of Mount Everest. On top of the world, Everest is a 29,035 mountain that experts feared could easily kill someone with its subzero temperatures and lack of oxygen, not to mention sheer ice cliffs and avalanches.

Hilary conquered it. Of course, he had already experienced the extremes of mountaineering before this successful climb, learning valuable lessons along the way. This includes a previous failed attempt.

How do you respond to failure? To hopeless situations? To overwhelming challenges? To experts claiming it can’t be done? Consider one of my favorite quotes from Hilary: “It’s not the mountain we conquer, but ourselves.”

Typically, fear compels you to believe that a problem is bigger than it really is. Fear is a liar.

Therefore, the problem really isn’t the problem. The problem is that you are listening to fear. It’s not the problem (or mountain) that you need to conquer as much as yourself (your fear).

The Bible says that you can approach any problem with “pure joy.” Problems are going to test you, but good things—joyful things—come from them when you approach problems with faith instead of fear.

God is relentlessly working in your life to produce the better version of you that by his grace he has made you to be. He knows there are mountains for you to climb. Like Hilary’s earlier expeditions, he wants those mountains to train you, to push you, and to improve you for the next mountain.

Listen to faith instead of fear. Focus less on the intimidating mountain, and more on the promises of God equipping you to conquer yourself. Then, the problem won’t be so big after all.

PRAYER: Loving Father, none of my problems are problems to you. Teach me to trust in your promises, and to conquer myself before conquering mountains. Amen.

FURTHER MEDITATION: Sir Edmund Hilary was known to be a humble man. He often deflected others’ statements about how great he was. Read the entire chapter of James 1. Humility is mentioned often. Pay attention to its appearances. Take notes. Ask God to enlighten your understanding. Meditate on this question: How does humility help you conquer yourself and then conquer the mountain?