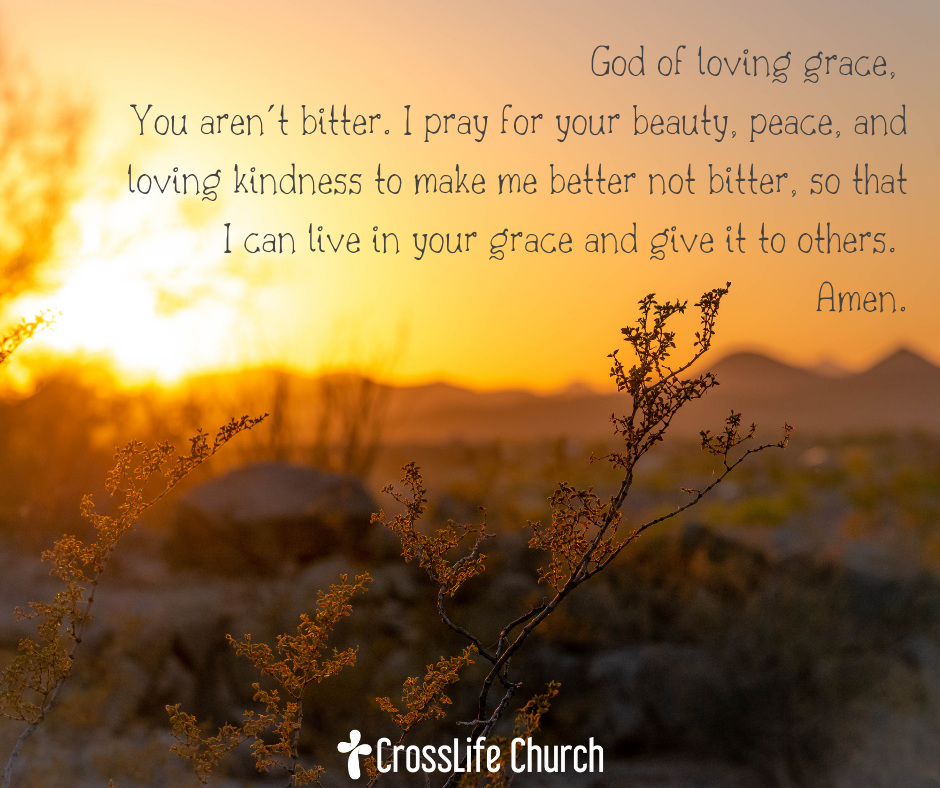 I look out at the landscaped areas around my yard and they fall short of my expectations. Oh, the roses are blooming beautifully. The palms accent with a bit of tropical vibe. The agave, yucca and cactus produce a Texas hill country feel. The native stones decorate, too.

It’s those troublesome weeds! They weren’t invited. They demand time and sweat that I’d rather not give. They defile the scene.

Yes, I’ve pulled them up, but they keep coming back. Some of them from seed, but I recognize other weeds in the same place, the same species, poking up through the mulch again.

Those weeds would not be there if I had pulled up the whole root, but I didn’t. I just yanked off the green part, and the living root remained, thriving, growing, producing the same weed again and again.

“See to it that no one falls short of the grace of God and that no bitter root grows up to cause trouble and defile many” (Hebrews 12:15).

It’s possible to fall short of the grace of God. It’s possible that God looks at you and he’s disappointed, like Jesus when he looked over the city of Jerusalem and wept. Bitter unbelief produced unrecoverable trouble for people there, whom Jesus came to save. They rejected his grace.

Beware of bitterness. Like the roots of a weed, it isn’t removed quickly or easily. You think you’ve yanked it up, that things are all nice and pretty. But its roots hang on, and one day—Surprise! You are irritable about your job. You get frustrated with other drivers. You become short-tempered around your family. You throw the remote control at the TV when your team loses. Resenting your spouse’s lack of meeting your expectations.

Where did that come from?!

God should pull you up, including your roots of bitterness, and toss you into the heap like a weed. His grace—instead—brings you up.

You are not a weed. Not in the gracious view of your loving God.

You are a beautiful rose or palm (or maybe a cactus, a bit prickly but you’re still beautiful). You aren’t a problem to God. You are his precious child. A person who is forgiven, saved and given the gift of his grace that never falls short.

PRAYER: God of loving grace, you aren’t bitter. I pray for your beauty, peace and loving kindness to make me better not bitter, so that I can live in your grace and give it to others. Amen.

FURTHER MEDITATION: I’m reading a book right now that addresses bitterness, and I found that I need to understand it more clearly and closely. This helps me address and avoid it. Here is a handy list of what the author calls “The B’s of Bitterness.” Which one or two of these gets your attention? Take some time to pray about it, asking for clarity, comfort, and change.