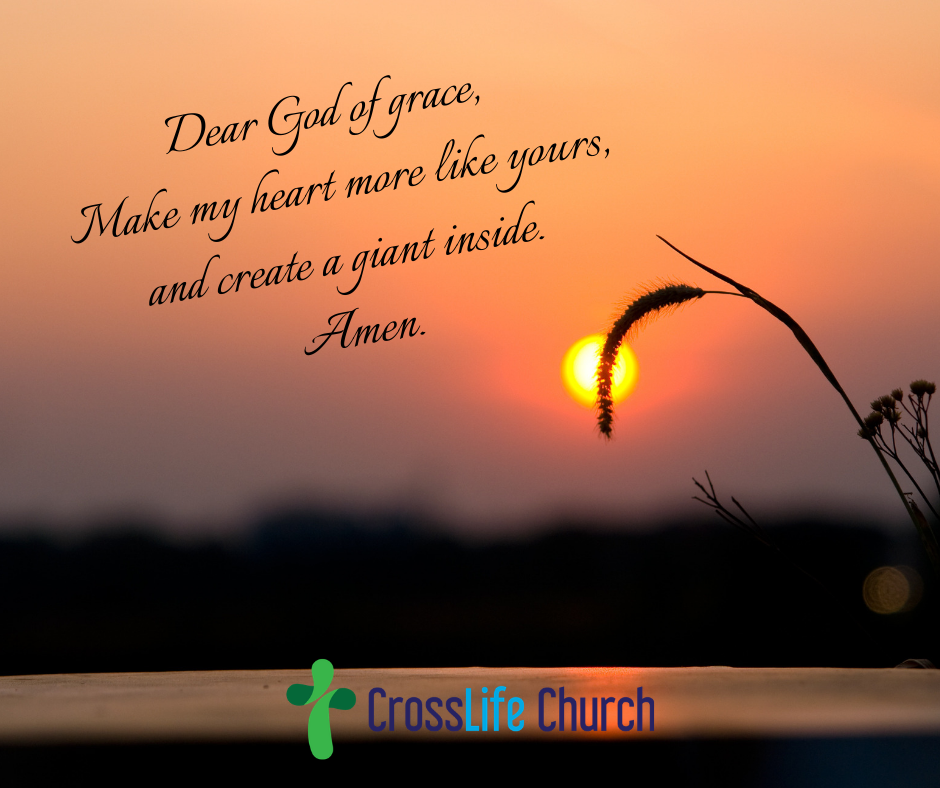 If you’ve ever been picked on.

If you’ve ever worn big, ugly braces on your teeth as a teen.

If you have been hurt by an ex, who still manipulates the system and continues to cheat you out of what is fair.

If you have messed up a major decision.

You are no less loved by God, no less a recipient of his grace, and no less likely to achieve what is significant and meaningful in life. As a matter of fact, God is likely shaping your heart to be more like his. That’s what he did to David.

David was the youngest of at least 7 brothers, probably picked on, mocked by Goliath, persecuted by King Saul, and later in life committed adultery and murder. Yet the Bible compliments him as a man after God’s own heart (1 Samuel 13:14, Acts 13:22).

We see a story of sin, struggle and smallness. God, in his grace, sees a giant on the inside. He’s shaping David’s heart. And he’s shaping yours, too. Here is a short section from Psalm 78:70-72 describing God’s relationship with David. I’ll quote it in pieces and add comments.

“The Lord chose David” (The Lord’s initial act of grace made a decision that David belong to him, and by baptism the Lord has chosen you)

“his servant” (David submitted to God, he trusted God and was willing to be led by God; it’s amazing what God can do in your life when you let him, when you stop being his master and instead live as his servant)

“and took him from the sheep pens;” (small, insignificant, useless? no, a king in training, as much as God is training you for the next thing)

“from tending the sheep he brought him” (God brought David, David was not self-appointed, self-affirmed, or self-made; find courage and confidence in God calling you)

“to be the shepherd of his people Jacob, of Israel his inheritance.” (David led God’s people not David’s, and your church is God’s church not the pastor’s, not yours, but God’s)

“And David shepherded them with integrity of heart; with skillful hands he led them” (now that David’s heart has been shaped by God, David’s actions are praised)

God not only saved David and shaped his heart, but through David’s life and leadership God has saved many more. More than that, David’s descendant, Jesus, is the King of all and Savior of the world.

Praise God, for shaping your heart in ways you never would, to be more like his.

PRAYER: Dear God of grace, make my heart more like yours, and create a giant inside. Amen.

FURTHER MEDITATION: Pray through each of the pieces of Scripture quoted above from Psalm 78, using the comments to spark your meditation. Remember the PRAY acronym.