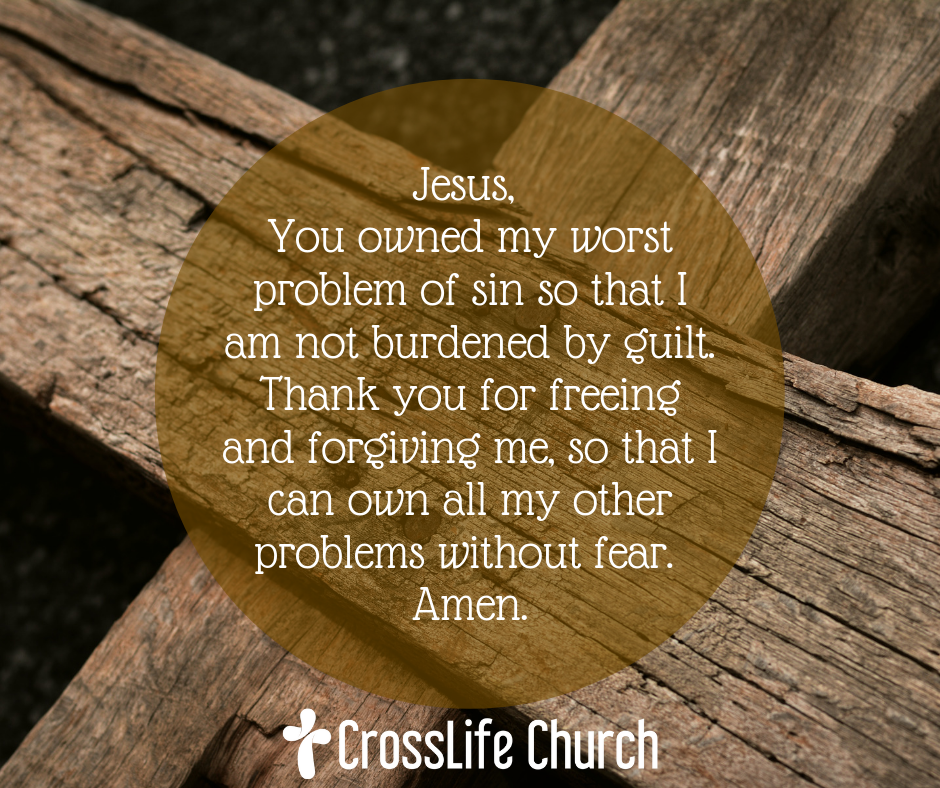 “Not responsible for gravel projectiles smashing your windshield.”

That’s what the sign on the back of the dump truck said. Or something like that. All I know is that every time I read those warnings on trucks hauling gravel, I have this discussion with myself:

“Could it really be true that if any gravel from that truck damages my vehicle, the owner of the truck would not be responsible? Maybe I could hang a sign on my backside when I’m having a bad day that says, ‘Not responsible for sarcastic putdowns or rude behavior caused by anger, irritability, or stress.’”

As unfair as we think it is for a gravel trucker to claim that we are responsible for his unsafe hauling, well, we do the same thing when we make others responsible for our bad habits, hangups, and hurts.

After the very first sin when Eve ate the forbidden fruit in the Garden of Eden, she blamed Adam. Then Adam blamed God. And it’s been going on ever since.

Nobody is responsible for your sins, your mistakes, and your problems except you. The sooner you admit that, the sooner you’ll be free from them. How does that make you free?

When you make your sins somebody else’s problem, you think you’ve dealt with it. You’ve released the responsibility to another person. But that poses two problems. First of all, they may not know about this handoff. Secondly, even if you both know about it, that person can’t remove the responsibility of your sin. The guilt. The shame. The price to be paid. “No one can redeem the life of another” (Psalm 49:7).

When you own your sins, then you quickly realize they’re too much for you to handle. The burden is too great. So very true! God didn’t create people with the ability to bear such responsibility.

So, if my friends, teammates, neighbors, coworkers, parents, or other drivers on the road can’t take responsibility for my problems … and if I can’t handle my problems … where is the hope? how can I be free?

Jesus “bore our sins in his body on the tree … by his wounds you have been healed.” Jesus is the only one who can make your sins, mistakes, and problems his responsibility. And the only one who will. All the time. Whether gravel or a pebble or a boulder that just won’t move, Jesus will take it. And break it. Just like his tomb when he burst out of it alive.

You’re free! Now what? “Die to sins and live for righteousness” (1 Peter 2:24). Find a way to haul your own gravel more safely.

No need for any signs making others responsible for your problems. They’re already taken care of by Jesus. And you’re going to show others how true that really is.

PRAYER: Jesus, you owned my worst problem of sin so that I am not burdened by guilt. Thank you for freeing and forgiving me, so that I can own all my other problems without fear. Amen.

FURTHER MEDITATION: Read 1 Peter 2:18-25. It’s part of a longer section where the apostle writes about faithful service in the callings where God has placed us in life, including citizens or even slaves. He points out that slaves may have a problem with their master. He encourages slaves to own this problem. This seems unfair, but what good comes out of it? How does it compare to an unfair problem in your life right now?