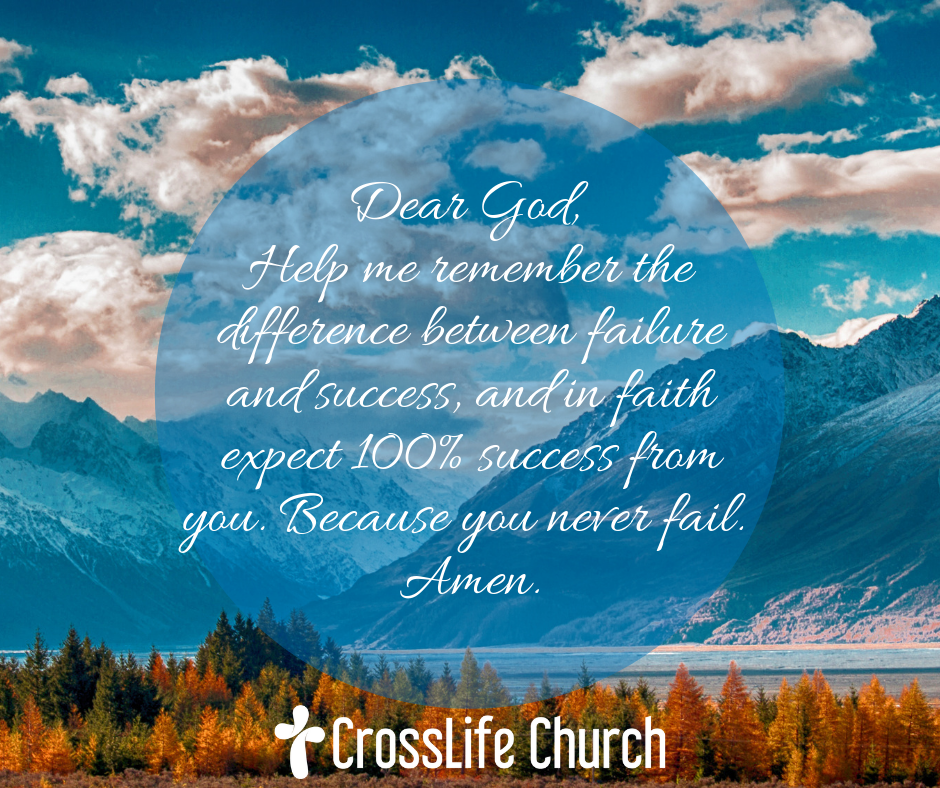 Gene Kranz helped shape the American space program and remained a key player in it for three decades.

He became flight director of NASA’s Mission Control, which means he participated in the Mercury program through the Gemini program to the last Apollo mission, accepting President John F. Kennedy’s commitment to land a man on the moon before the end of the 1960’s. Kranz was flight director for both Apollo 11, which was the mission that fulfilled President Kennedy’s pledge, and Apollo 13.

He headed the team that had to figure out how to bring the three doomed Apollo 13 astronauts safely back to earth. If you saw the movie Apollo 13, Kranz was played by the actor Ed Harris. And it was during this trying experience that Kranz uttered the famous words, “Failure is not an option.”

Those are inspirational words. Coaches shout them at halftime. School principals open staff meetings with them. Trainers post pictures containing them. But they don’t always work.

Ah, but coaches, teachers and trainers might rightly explain, “That wasn’t failure, it was a stepping stone to success.” Maybe, if the person or group is willing to learn from the experience and move forward. But that doesn’t always happen.

Only God can promise that failure will not happen. Yes, he shapes us through sufferings and setbacks as stepping stones to our success. But he does more. He ensures that everything he says will happen—actually does happen.

Every mission of God must succeed.

“Because of the Lord’s great love we are not consumed, for his compassions never fail” (Lamentations 3:22).

PRAYER: Dear God, help me remember the difference between failure and success, and in faith expect 100% success from you. Because you never fail. Amen.

FURTHER MEDITATION: Take a few notes or write in your journal. Recall three recent “failures” that didn’t meet your plans, goals or expectations. What promise of God remains true, in each situation, that give you courage to move forward? Pray about this, ask God for wisdom and clarity.