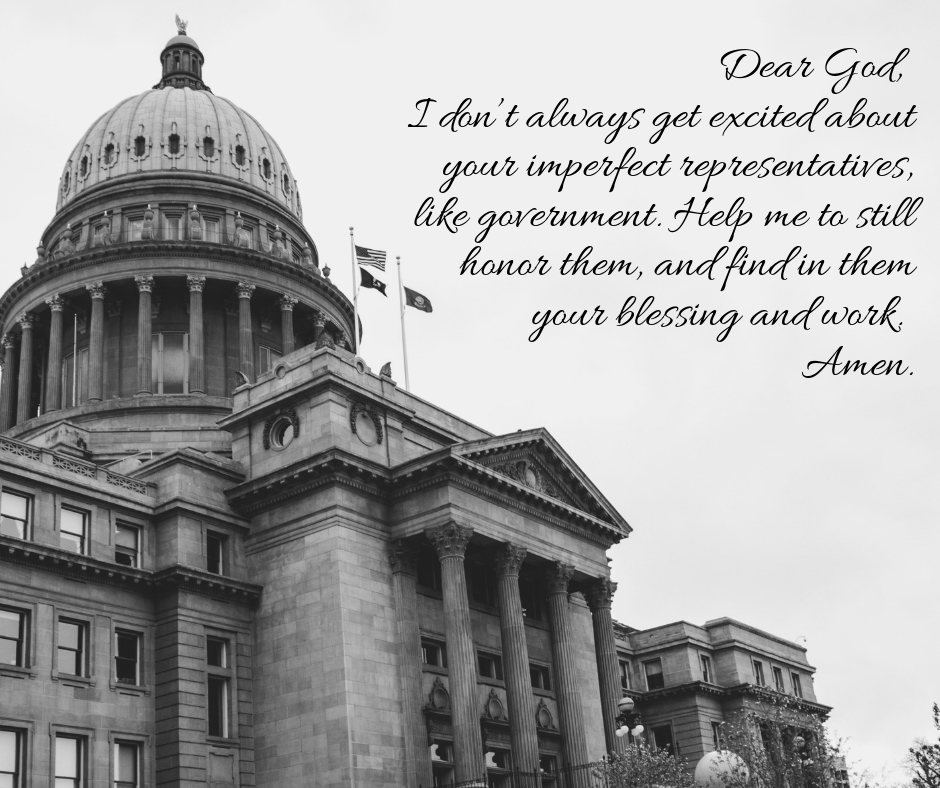 “D’oh!” Homer Simpson’s catchphrase that helped make the TV series famous tells the entire story of parents who are a bunch of bumbling idiots trying to raise a family.

To add to the incompetence of authority on the show, Pastor Timothy Lovejoy is the inept pastor who calls the Bible a 2000-page sleeping pill. And Mayor Quimby is a slick politician who takes bribes and is rarely in town. Surrounded by such authorities in his life, no wonder Bart behaves badly!

We might think the same thing. I mean, parents can seem a bit out of touch with reality sometimes and goofy to the point of embarrassment. The church is far from perfect, could grow more if it would get its act together and sometimes you wonder why you even come. And either it’s hard for you to take Donald Trump’s hair seriously or if you do, you wonder if the rest of the world will take his hair and him and the United States seriously.

Jesus, however, is not surprised how incompetent God’s authorities on earth can be. Jesus knows what it takes to obey them. And in all of this Jesus forgives and equips you with his grace to honor, respect, and obey the authorities that God has placed over you on this earth: parents, church, and government.

The Bible shares some interaction in Jesus’ pre-teen years between him and his parents (Luke 2:41-52). It involves the church and government, as well.

These authorities are far from perfect. Joseph and Mary fumble around trying to figure things out. The church and the government in Jerusalem will someday condemn Jesus and crucify him.

Yet Jesus obeys them perfectly. Although his parents don’t understand, he understands. Although the church and government will dishonor and kill him, he honors and obeys them. Even to death.

By his obedience, Jesus blesses these authorities, then and today. If you’re a parent, for example, your success depends less on your performance (which isn’t perfect) and more on this blessing of Jesus on your work.

There’s a revealing Bible verse at the end of this story. “And Jesus grew in wisdom and stature, and in favor with God and man” (Luke 2:52).Jesus grew. And if Jesus grew, you can grow, too.

Grow in your obedience to God’s representatives. parents, church, and government. Jesus was obedient to them to bless them and to bless you.

PRAYER:Dear God, I don’t always get excited about your imperfect representatives, like government. Help me to still honor them, and find in them your blessing and work. Amen.

FURTHER MEDITATION:The Fourth Commandment states, “Honor your father and your mother.” Martin Luther wrote this explanation, “We should fear and love God so that we do not despise or anger our parents and other authorities, but honor them, serve and obey them, love and cherish them.” Meditate on Jesus’ obedience to imperfect parents, church and government. Where or when do you have a hard time obeying government, for example, state or federal laws? What did Jesus do that will help you grow in this area?