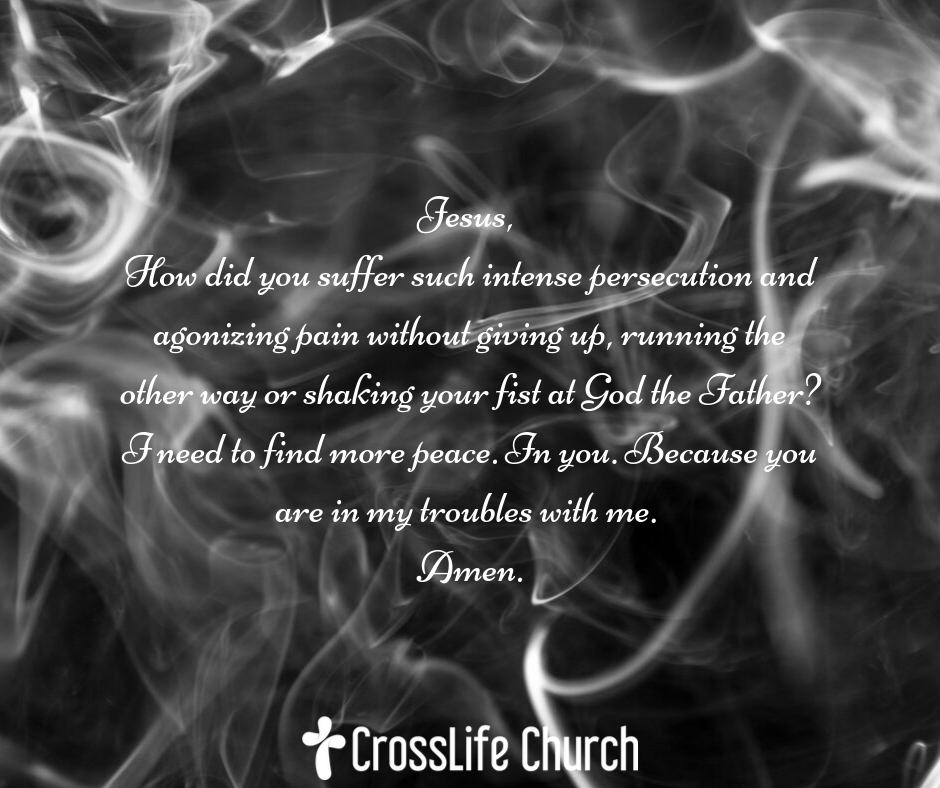 My sensitive smoke detector is screaming for my attention.

The smoke detector in my kitchen sits on a ledge directly above the oven, and it is a pain! I mean, I like to cook bacon in the oven. When I open up the oven door to check the bacon, a smokey, meaty cloud of deliciousness gently wafts out of the oven.

Maybe. Or maybe not. Maybe I’ve now created a bigger problem. How? Because I didn’t deal with the problem, I only dealt with the pain, the sign or symptom of the problem.

The smoke detector is simply a voice calling out,“Hey, buddy, there’s smoke and where there’s smoke something is burning!”Yes, maybe it’s just normal bacon, but maybe there’s residue built up in the oven and if I toss the smoke detector into the living room and then leave the kitchen for a few minutes, it’ll burst into flames because I didn’t deal with the real problem.

Pain is like my smoke detector screaming at us, “Something is wrong!” What we often do is treat the pain instead of the problem. Medically. Emotionally. In relationships. And spiritually, too. Pop an ibuprofen. Build up an emotional wall of avoidance. Hurt others so that they can’t hurt us more.

All of it is like running from the problem, or naively believing there isn’t a problem at all it’s just the smoke detector making a lot of noise.

Happiness isn’t avoiding problems. Happiness is recognizing problems, maintaining awareness and closeness, managing them with purpose and prayer, even through pain.

Jesus once told his disciples, “I have told you these things, so that in me you may have peace. In this world you will have trouble. But take heart! I have overcome the world” (John 16:33).It was right before he was arrested, beaten, whipped and crucified—but he rose from the dead in victory over shame and pain and sin.

Jesus faces his problems with the peace he himself promised. When he is the voice who is commanding your soul, then it’s okay for trouble to be real and even painful. Jesus has overcome it.

PRAYER: Jesus, how did you suffer such intense persecution and agonizing pain without giving up, running the other way or shaking your fist at God the Father? I need to find more peace. In you. Because you are in my troubles with me. Amen.

FURTHER MEDITATION:Read John 16:31-33. In vv. 31-32, Jesus sadly predicts that his disciples are going to abandon him when he is arrested and persecuted. Yet he can say this and still be at peace. Why? What trouble in your life right now wants you to believe it is in control? Say a prayer to Jesus asking him to overcome it, as he promises.