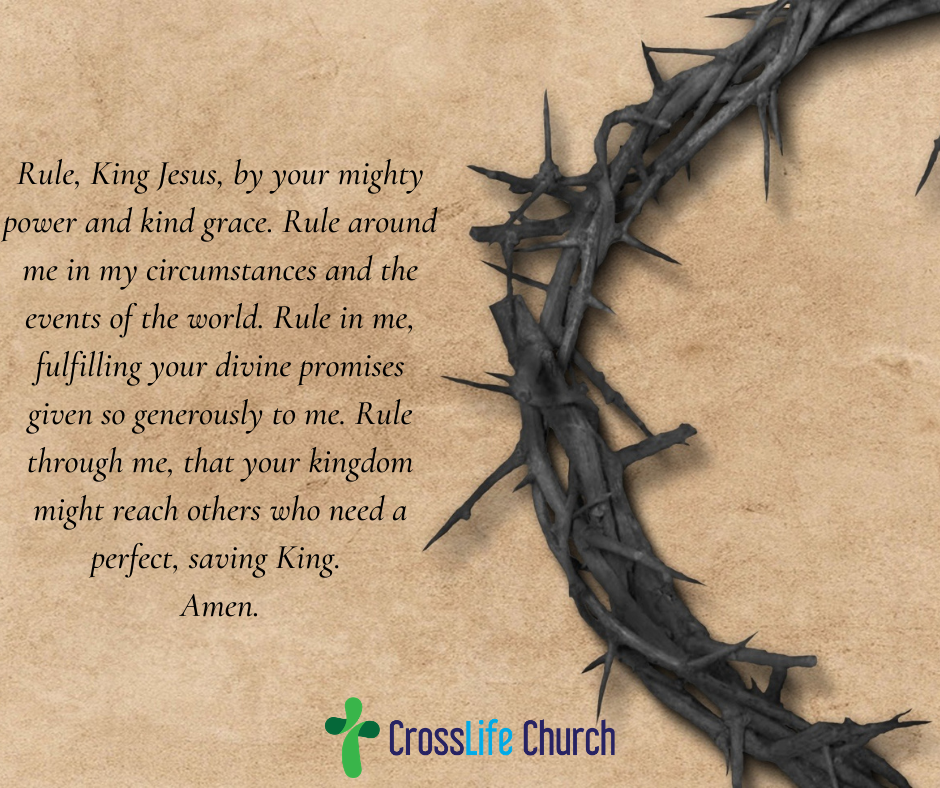 Sixty-six years before the birth of Jesus, in an aristocratic community of Rome, a very important child was born. As soon as he arrived, a messenger raced into the Roman Senate and announced, “The next ruler of the world is born.”

His name was Octavius, and he was destined to become the adopted son of Julius Caesar. He grew up in the palace. He was educated by the finest teachers of literature, philosophy and government. And at the age of 33 he was the uncontested ruler of the entire Roman Empire.

When he was about 66 years old, “Caesar Augustus issued a decree that a census should be taken of the entire Roman world” (Luke 2:1). It was during this census that another child was born in a very unimportant village, in a very unimportant part of the empire. No Roman messengers ran to announce his birth to the Senate. Instead, an angel told a small band of unimportant shepherds, “Today in the town of David a Savior has been born to you; he is Christ the Lord” (Luke 2:11).

This other child began his life in a humble manger. He was raised not in a palace, but in a common Jewish home. He was not educated in literature and philosophy, but in carpentry. And at age 33, Jesus ascended not to the reign of the Roman Empire, but to a Roman cross.

This is a King whose reign lasts forever. “Of the increase of his government and peace there will be no end. He will reign on David’s throne and over his kingdom, establishing and upholding it with justice and righteousness from that time on and forever. The zeal of the Lord Almighty will accomplish this” (Isaiah 9:7).

The King of kings is born! His rule is grace and saving love. His power extends over every circumstance in your life right now. His kingdom has reached out to include you. Forever.

PRAYER: Rule, King Jesus, by your mighty power and kind grace. Rule around me in my circumstances and the events of the world. Rule in me, fulfilling your divine promises given so generously to me. Rule through me, that your kingdom might reach others who need a perfect, saving King. Amen.

FURTHER MEDITATION: Here is a deeper, longer prayer based on Isaiah’s prophecy: Hail, King Jesus! Wonderful Counselor – speak through the revelation of your wonderful words in Scripture and guide me on the right path. Mighty God – conquer for me what I cannot, deliver me from evil too powerful for me, and forgive what sins I’d never dream of leaving to your responsibility. Everlasting Father – your timeless, fatherly patience and providing is a blessing to me and I pray that I invest it all in serving you and people. Prince of Peace – by your rule of grace in the hearts of people overcome hate with harmony as an extension of Christian love. Amen.