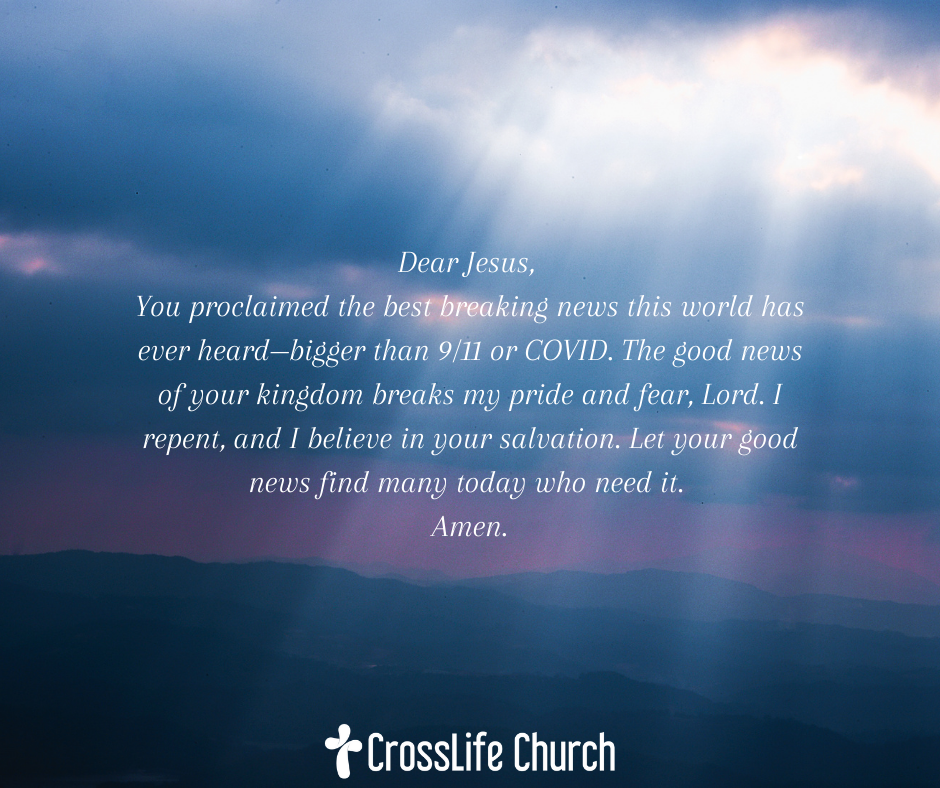 Think back to the events of the morning of September 11, 2001. Where were you at the time? What were you doing when the news broke about the airplanes that flew into the Twin Towers in lower Manhattan and the one that crashed into the Pentagon?

This news, like all “breaking news,” broke into our consciousness. It broke into history. It ripped through our communities, shredding conventional ideas, traditional assumptions and long-held beliefs. It was news that altered, modified, shattered and forever changed—something.

Reality, life and human experience would never be the same. Our lives as we knew them changed on those days; nothing was ever the same. Something indeed had been broken.

This is the meaning conveyed by Jesus, “proclaiming the good news of God. ‘The time has come,’ he said. ‘The kingdom of God has come near. Repent and believe the good news’” (Mark 1:14,15)!

This is breaking news, although certainly not in the negative sense of 9/11. Rather, the news that Jesus breaks is astonishing and incredibly good news.

Repent. Stop trying to control God. Stop fearing things of this world ruled by God. Believe. Let God rule his way on all the continents and in your home. Fight your battles with courage that God always wins and he’s on your side.

PRAYER: Dear Jesus, you proclaimed the best breaking news this world has ever heard—bigger than 9/11 or COVID. The good news of your kingdom breaks my pride and fear, Lord. I repent, and I believe in your salvation. Let your good news find many today who need it. Amen.

FURTHER MEDITATION: Do you know anybody who needs some good news? Share this blog with them today. Say a prayer that they repent and believe.