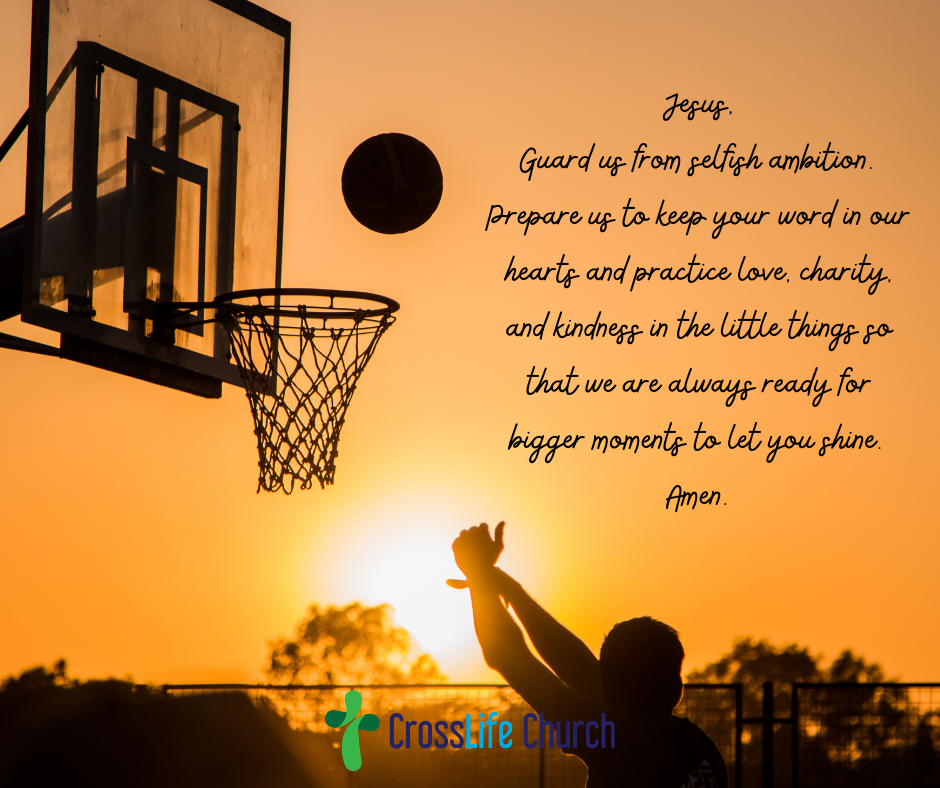 Have you ever cheated to win?

You and the boys made up a last-minute rule just before the bell rang at recess because the girls were clobbering you in kickball. You sat silently accepting praise from superiors for the project when you knew others deserved greater recognition. It happens, and it’s wrong.

But have you ever cheated to lose?

You know, like when you played cards with your 6-year-old and managed to discard the one card she needed. When you left your king conveniently exposed for your nephew to declare, “Checkmate!”

Doesn’t losing in competition teach humility and build character for those defeated? Doesn’t God want the victors to use their talents to their fullest? For those reasons—and maybe a few different motives—the Covenant School girls basketball team and their coach claimed an overwhelming 100-0 victory over the Dallas Academy girls a few years ago.

After the game, the Covenant School administration issued a heartfelt apology, saying that “a victory without honor is a great loss.” The apology continued as it commended “each member of the Dallas Academy Varsity Girls Basketball team for their strength, composure and fortitude in a game in which they clearly emerged the winner.” The Covenant School then honorably forfeited the game—and fired their coach.

The Covenant School administration believed that the coach and team could have found a way to help a struggling basketball team score at least 2 points without demeaning them.

That’s cheating to lose. Cheating yourself instead of others. And not robbing them of integrity, honor, and character. “In humility value others above yourselves, not looking to your own interests but each of you to the interests of the others” (Philippians 2:3,4).

When Jesus tells his followers to deny ourselves (Matthew 16:24) he’s telling us to cheat. Cheat to lose what we find most valuable, so that others win. And the best victory of all is for others to see Jesus through us, and to believe in him.

Now, not everyone in Dallas athletics is out to win at all costs. One Dallas boys basketball team at a Christian high school was scheduled to play a team made up of young men who were serving time in prison. The Christian high school team members, coaches, and parents planned ahead of time for a number of fans from their high school to sit in the cheering section for the prison team. Part of the preparation involved fans learning the roster of the prison team to cheer for the players of that other team. By name!

PRAYER: Jesus, guard us from selfish ambition. Prepare us to keep your word in our hearts and practice love, charity, and kindness in the little things so that we are always ready for bigger moments to let you shine. Amen.

FURTHER MEDITATION: We love the idea of a team and its supporters cheering also for the other team. So who could you cheer for, even if it means losing something important to you? Who needs your encouragement? Who needs to shine and you could make that happen—if you put their interests first? Ask God these questions in prayer, and let him lead the way.