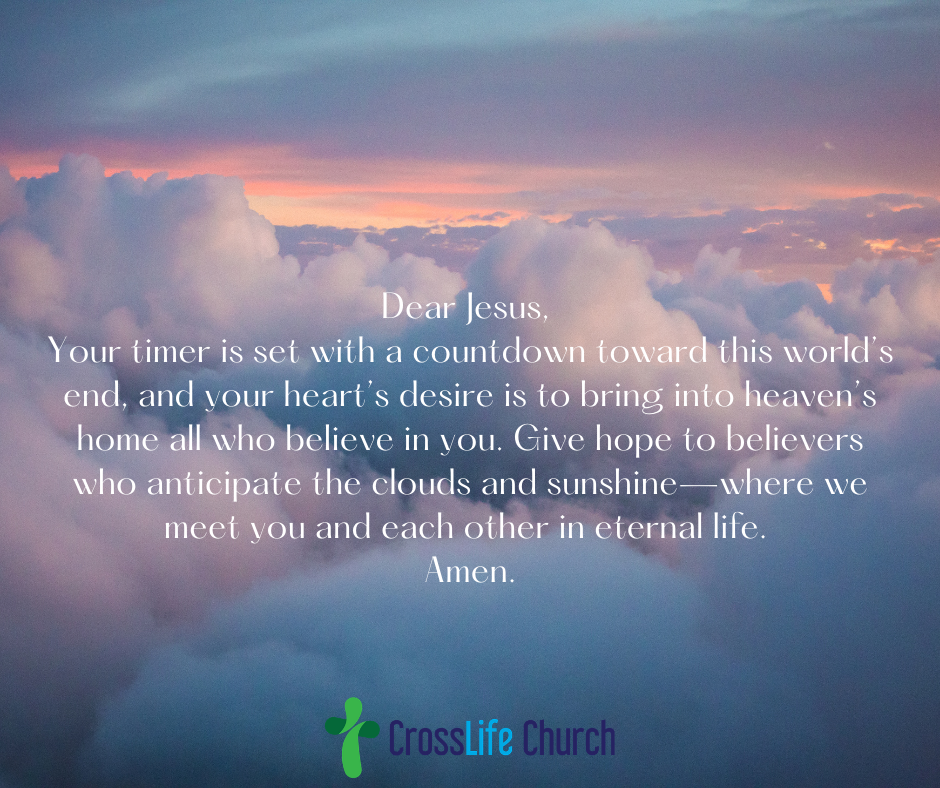 Hope, as commonly used in everyday parlance, means a wish, and is rooted in human desire. Biblical hope, by contrast, is rooted in God’s love that desires us, which is quite different.

Biblical hope presents us with a view of life beyond the end of this one. While we can’t see that ourselves, we trust that God can, and thus we base our hope on God’s perspective.

That view enables us to count on the kingdom of God eventually coming in all its fullness, and our having a place in it. Hope says to us, “This is how you will understand it when this life is over and the new one has begun.”

The Bible promises that on the day Jesus returns to close the book on the final chapter of this world, his believers living on earth are going to be reunited with those believers who have already died. They “will be caught up together with them in the clouds to meet the Lord in the air. And so we will be with the Lord forever” (1 Thessalonians 4:17).

Paul did not designate clouds as the rendezvous location simply because they are phenomenon of the sky, but rather because clouds had long been used in Hebrew Scriptures to signify the presence of God, as in these examples:

The book of Daniel also pictures Jesus coming in a cloud: “In my vision at night I looked, and there before me was one like a son of man, coming with the clouds of heaven” (7:13), a verse that Jesus himself quotes twice in Matthew (24:30 and 26:64).

In the New Testament, a cloud serves to signify the presence of God at the transfiguration, where God speaks out of a “bright cloud” to call Jesus the “Beloved” and to tell the disciples to listen to him (Matthew 17:5). At Jesus’ ascension, it was a cloud that took Jesus “out of their sight” (Acts 1:9).

Thus, when Paul tells his readers that they will meet Christ in the clouds, he is saying that they will be in the presence of God the Father as well.

So to borrow the title of a pop song, when Christ comes, we’ll be “walking on sunshine”!

PRAYER: Dear Jesus, your timer is set with a countdown toward this world’s end, and your heart’s desire is to bring into heaven’s home all who believe in you. Give hope to believers who anticipate the clouds and sunshine—where we meet you and each other in eternal life. Amen.

FURTHER MEDITATION: Read 1 Thessalonians 4:13-18. Those who have no hope and grieve unnecessarily about the finality of death or the end of this world are “uninformed.” They lack the truth. What, exactly, is the truth they are lacking, according to verse 14?