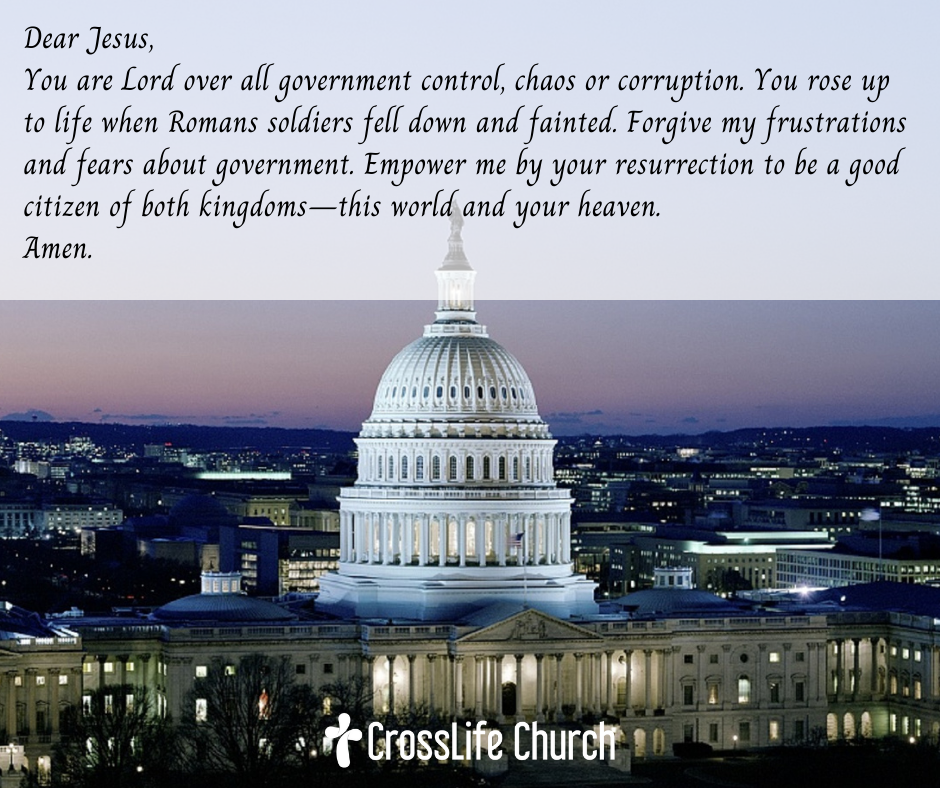 Roman soldiers made their presence known in the land where Jesus and the rest of the Jews lived. The soldiers knew that without a show of force, the Jews would revolt or at least riot. If that happened, their superiors would hold them accountable in unpleasant ways.

It was a band of Roman soldiers that had whipped Jesus and torn his back open with the scourges—leather straps with pieces of metal tied to them. Roman soldiers forced him to carry the cross, and then nailed him to it with iron spikes piercing his hands and feet.

Acts of superiority and oppression.

But here, at the tomb of Jesus, some Roman soldiers guard it to prevent his followers from taking Jesus’ body. Simple job, right? Maybe present are one or two of the soldiers who had whipped Jesus or pounded spikes through him.

They get so scared that they faint and fall over. What happened? An angel from heaven rolled the stone away that was covering the tomb entrance. “The guards were so afraid of him that they shook and became like dead men” (Matthew 28:4).

The resurrection of Jesus as revealed by the angel opening the tomb is just too much for these Roman soldiers. Now, they’re knocked out cold.

This is a comeback from despair and here’s why: the Roman empire suppressed Jesus and his followers, as well as the Jews in general.

Government power robbed them of freedoms and even faith, so they longed for a political leader to rescue them. None came. Some tried and failed.

Is the government going to rescue us from COVID, from dissension in our nation, from global terrorism and unrest? Isn’t there a political leader who can turn things around—maybe the current president, the former president, or a new charismatic leader we all love? Why does God allow such government interference in matters of our Christian faith?

We will despair about government all day until we appreciate this: government is not God, and stimulus checks are not our Savior. Government has God’s blessing and delegated authority to keep civil peace and order. But government cannot give you the life that only God can give.

Jesus rose up from the tomb while Romans soldiers helplessly fell down. Stop despairing over government control, corruption or chaos.

The most powerful of government leaders or empires are no match for the risen, living Jesus Christ. Follow him more than your fears or frustrations about government. Practice your faith by praying for our nation, being a good citizen of your country, and posting on media as a follower of Jesus whose citizenship is in heaven.

For a series of messages about the challenges and promises of living as a Christian under a non-Christian government explore this page: http://crosslifepf.org/messages/series/politics-is-driving-me-crazy-2020/.

PRAYER: Dear Jesus, you are Lord over all government control, chaos or corruption. You rose up to life when Romans soldiers fell down and fainted. Forgive my frustrations and fears about government. Empower me by your resurrection to be a good citizen of both kingdoms—this world and your heaven. Amen.

FURTHER MEDITATION: Easter impact: Read Romans chapter 6 this week Tuesday, Wednesday and Thursday. Start anywhere. Slow down. Absorb. Meditate. Ask God to help you understand the meaning of his words, explaining the difference the resurrection makes for you beginning now and never ending in eternity.