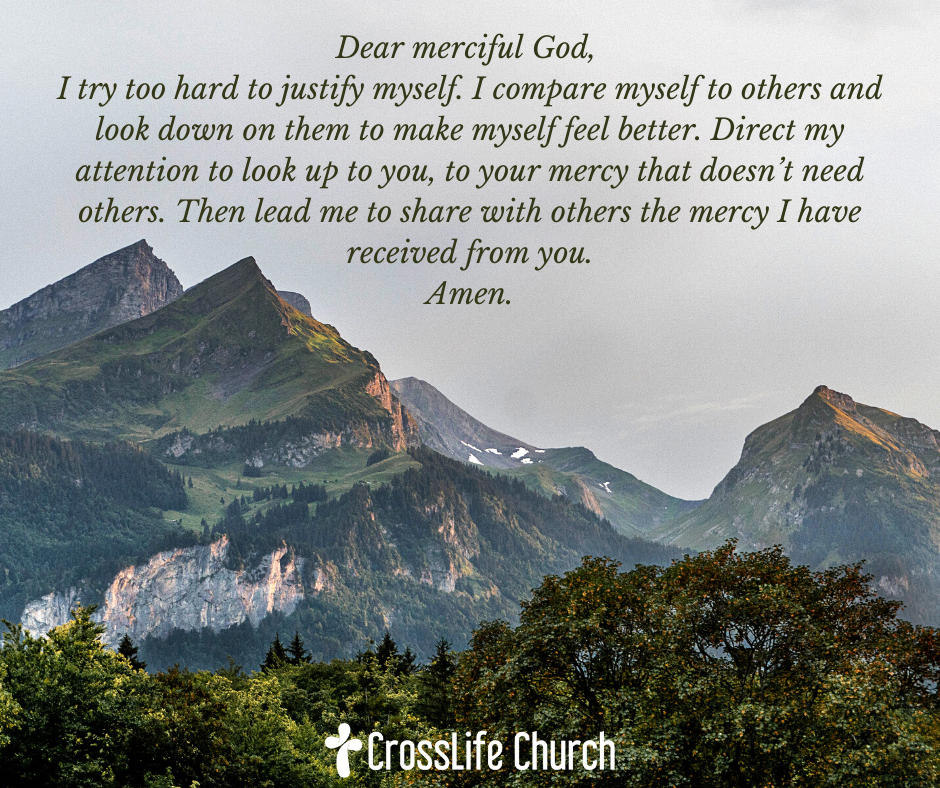 Two friends were camping in the mountains and saw a bear approaching. One of them started to lace up his running shoes. The other, obviously more knowledgeable about the capabilities of bears, warned, “You know, you can’t outrun a bear.”

Instead of comparing himself to the deadly bear, this guy realized he just needed to compare himself to his friend. And he’d be just fine.

His friend? Not so much.

We compare ourselves to others all the time

How we dress. The kind of cars we drive. The number of activities we sign up our kids to enjoy—or endure. Sometimes we’re satisfied being like others. Yet other times, we’re only satisfied if we’re a step or two ahead of them or above them.

Jesus once told a parable about a man “who looked down on everyone else” (Luke 18:9). He compared himself to others, and found things wrong with them in order to make himself feel better.

Be careful of this. We do it all the time. We actually enjoy knocking other people down because it helps us raise our own self-worth. It’s called justifying ourselves. We use people to make ourselves feel better.

He compared himself not to others, but to God’s standards for right living. He knew he hadn’t met those standards consistently. He honestly and humbly bowed his head instead of lifting it high, he closed his eyes instead of looking around, and he couldn’t justify anything about himself.

Receive and give mercy

All he did was put himself at the mercy of God. He didn’t need others to make him feel good. He didn’t even need to justify himself. He simply asked God to have compassion on him, bless him and forgive him even if he didn’t deserve it.

Justified before God. And that’s what matters the most. When you are right with God, and the CEO of the universe nods his approval and smiles at you, everything else is right, too.

How can you have this? You already do. It is God’s mercy and the only thing required to receive it is needing it.

Dear merciful God, I try too hard to justify myself. I compare myself to others and look down on them to make myself feel better. Direct my attention to look up to you, to your mercy that doesn’t need others. Then lead me to share with others the mercy I have received from you. Amen.