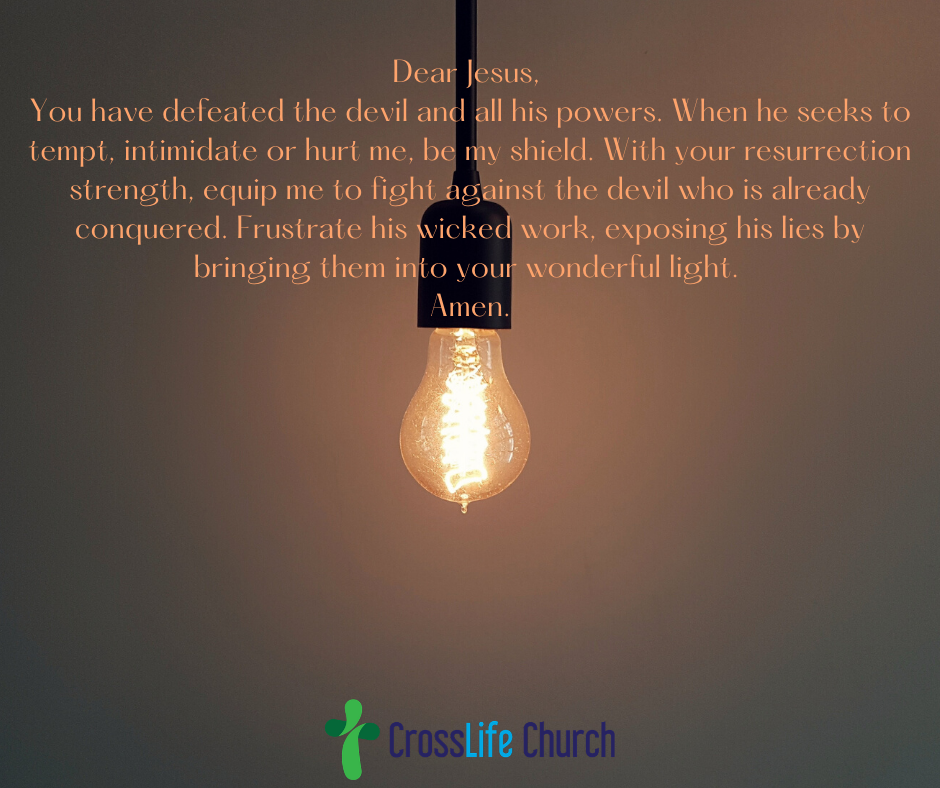 One hero of the faith who models an alert level for the threat of the devil is Martin Luther, a 16th century professor and reformer whose writings expose the devil’s wicked work with truth and faith.

Luther writes about the devil, “He suggests an evil thought to you about God, as if God did not want to have mercy on you but wanted you to perish and die” (Plass, Ewald, ed. What Luther Says, Concordia Publishing House, St. Louis, 1959, p. 398).

Then Luther admits his own thoughts about the devil. “He so frightens me that my heart becomes timid” (p. 392).

No wonder the Bible calls the devil “the dragon” (Revelation 20:2). Full of fire and fury. Terrorism worse than any on this earth.

Luther puts it this way, “At all hours the devil is seeking to kill us all. After you have been baptized, he will not let you have any rest. If he could kill you … he would do it … Far less does he spare us who are exposing his shame, who rebuke him to his face, and preach what we should – God’s grace … He would now rather break my neck in a moment than let me stand here and preach and storm his kingdom (p. 398).

Dismiss the dragon and he’ll do more than break your neck. We dismiss the dragon when, like Eve in the Garden of Eden, we go near him, we listen to his lies with interest, we consider their benefit, and then act on them.

When we fire accusations like that at the Most High God, he does become a problem for us, more deadly than the devil himself … except that he will not take that position.

In his endless mercy God will not become our enemy.

Rather, God turns his wrath toward the real enemy like he did in the Garden when he promised the devil that a descendant of Eve “will crush your head” (Genesis 3:15). That descendant of Eve, born on this earth in real flesh and blood, is the Son of God, Jesus Christ.

PRAYER: Dear Jesus, you have defeated the devil and all his powers. When he seeks to tempt, intimidate or hurt me, be my shield. With your resurrection strength, equip me to fight against the devil who is already conquered. Frustrate his wicked work, exposing his lies by bringing them into your wonderful light. Amen.

FURTHER MEDITATION: When was the last time you thought about the devil at work in the world or your life? How can you be more alert without being more afraid?