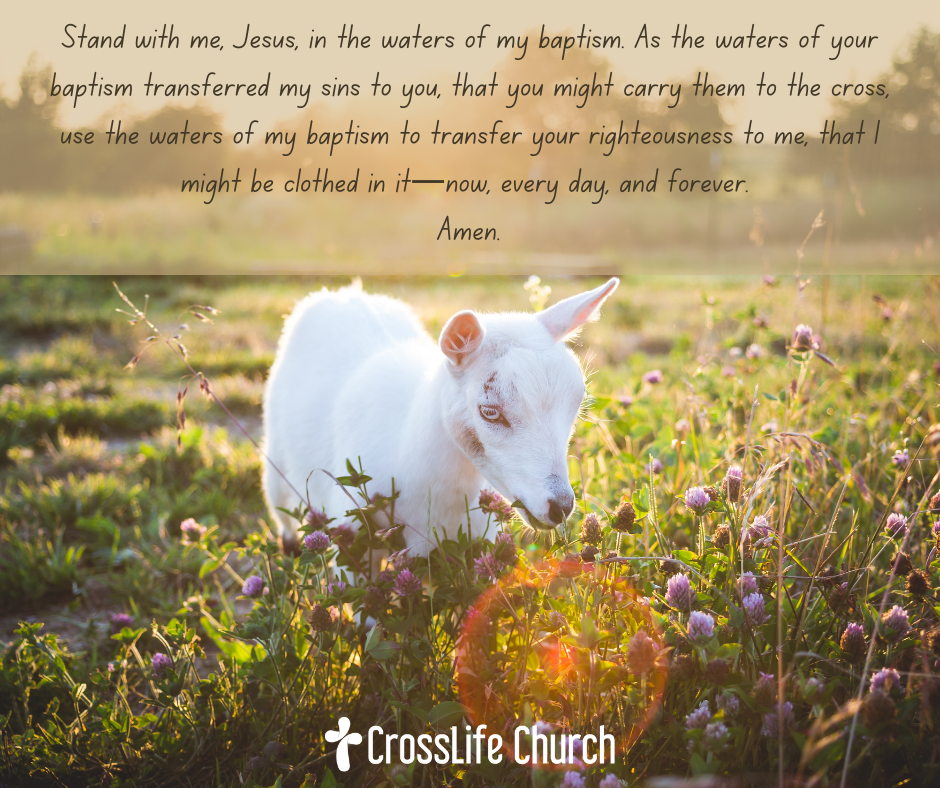 One Christmas Eve a 3-year-old black female angora goat escaped from a live nativity scene. The goat was supposed to have a supporting role at Bethlehem Lutheran Church in Fergus Falls, MN.

According to the Fergus Falls Journal, tracking the goat was difficult because of a lack of snow. It was spotted several times, however, prompting phone calls to the police and an interactive map of its whereabouts posted on the Journal’s website.

The Bible talks about a goat that wanders away, eludes capture, and saves the world.

“The goat chosen by lot as the scapegoat shall be presented alive before the Lord to be used for making atonement by sending it into the wilderness as a scapegoat.” This was a naughty goat. Not because of its behavior, but because God told the Old Testament priest to place his hands on the head of the goat and “confess over it all the wickedness and rebellion of the Israelites.” Then another man was appointed to escort the goat into the wilderness and send it away “to carry on itself all their sins to a solitary place” (Leviticus 16:10,21,22).

This scapegoat pictured and predicted the ultimate atoning sacrifice for the sins of all people—Jesus Christ.

Jesus is the goat who escaped his own nativity in Bethlehem, wandering through Egypt and then Galilee to his baptism in the wilderness by John. With John’s hands on the head of God’s goat, Jesus, all the sins of the world transferred to him and soaked him with their guilt as the water trickled over his head and face. The wetness of Jordan’s water touched his brow, his side, his hands as the wetness of his own blood would later touch him with death on the cross.

A sacrifice. Carrying our sins to a place so distant, so solitary that they will never hurt us. Never threaten us. Never curse us. Never!

What will you do to find this precious scapegoat? To walk with him? Where will you, by faith, look for him? Will you open the corners and closets of your life and let him in there? He comes, not bringing death but life. Resurrected, he returns, not with sin but with the power he gives you to say “no” to it; not with guilt but with the refreshing forgiveness of God.

EVANGELISM ACTION: Prompt a discussion with a friend who needs Jesus by asking if there were any animals present at Jesus’ birth. Most people think so, but the Bible never mentions any specifically. Just that there was a manger (animal feeding trough) so we speculate there were animals nearby. Of course, we do know one thing for sure, that the Scapegoat was there. Jesus.