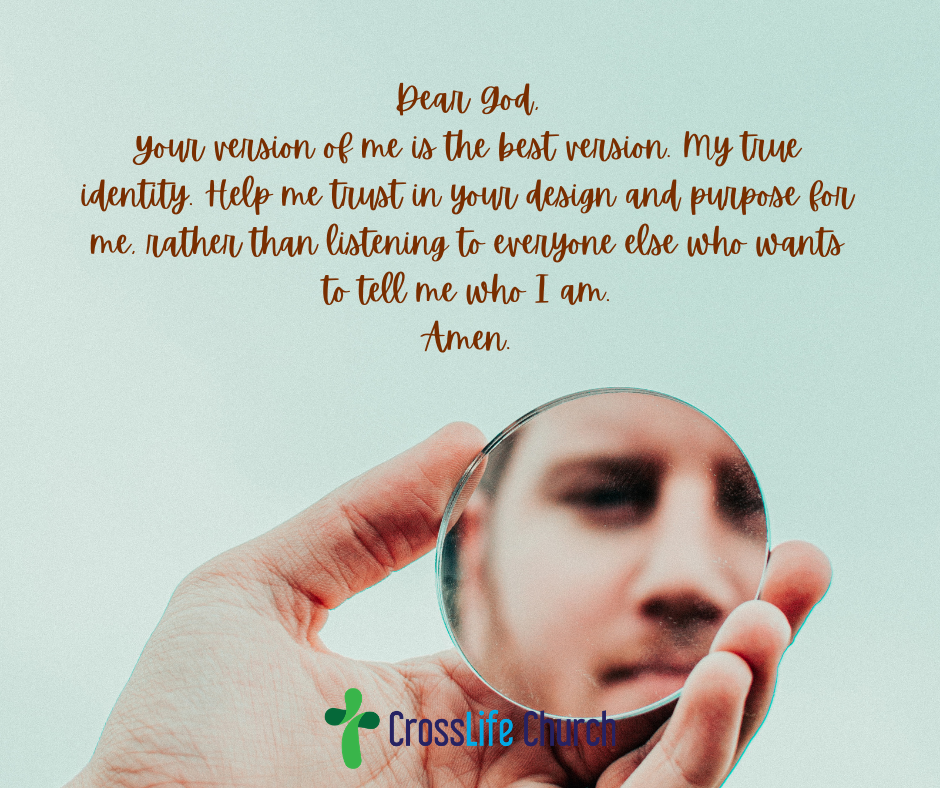 People knock on my door at least once a week telling me that I need solar panels. I’m targeted with ads that tell me I’m a real man if I subscribe to a men’s clothing company that designs my wardrobe.

I don’t have moral or ethical problems with these things, and am glad for those who enjoy them. But they’re just not me, at least right now.

Everybody wants to tell you who you are. If you’re not careful, you might just believe the wrong version of you.

When you consume others’ social media posts and compare yourself to them, or when your well being is determined by how many likes and followers you get. This is not your true identity.

When you strive to meet unrealistic expectations from parents or siblings, or accept the powerful propaganda that only you yourself can decide your identity. These all resist and even refuse your real identity given by God.

It’s like saying you don’t have a biological mother, and telling God that you are a better designer and creator than he is.

Here’s the real truth: God does not make junk. God designed you as a divine masterpiece. You are specially made by God—yours is the only thumb that can unlock your iPhone. And you have been equipped by God for a special purpose.

So instead of telling God that you are a better designer, tell him this: “For you created my inmost being; you knit me together in my mother’s womb” (Psalm 139:13). I have a friend who, in his college days, had an afghan blanket knitted by his mom. Woven into it were all his favorite sports, hobbies, nicknames, family names and some dates. Nobody else fit under that blanket. It was uniquely his.

And God knit into you everything that is uniquely you. With no mistakes.

God brought into being the only you. His version of you. There’s nothing better. And nobody is a better you than you!

Why did God go to all that trouble?  Because he wants you to know how special you are, how much you matter to him.

And that’s just the “nature” part—how God made you. He has also developed you over time through his caring, perfect “nurture.” I’ll teach you more about that tomorrow.

PRAYER: Dear God, your version of me is the best version. My true identity. Help me trust in your design and purpose for me, rather than listening to everyone else who wants to tell me who I am. Amen.

So it’s expressing intimacy, a secret place where it was only God and you. He didn’t check Pinterest. He didn’t Google nose shapes or personality mixes. Secret. Just you and God. His eyes were only on you. There and then he created, he designed, he sculpted, and he brought into this world his version of you. Which is the best version of you.