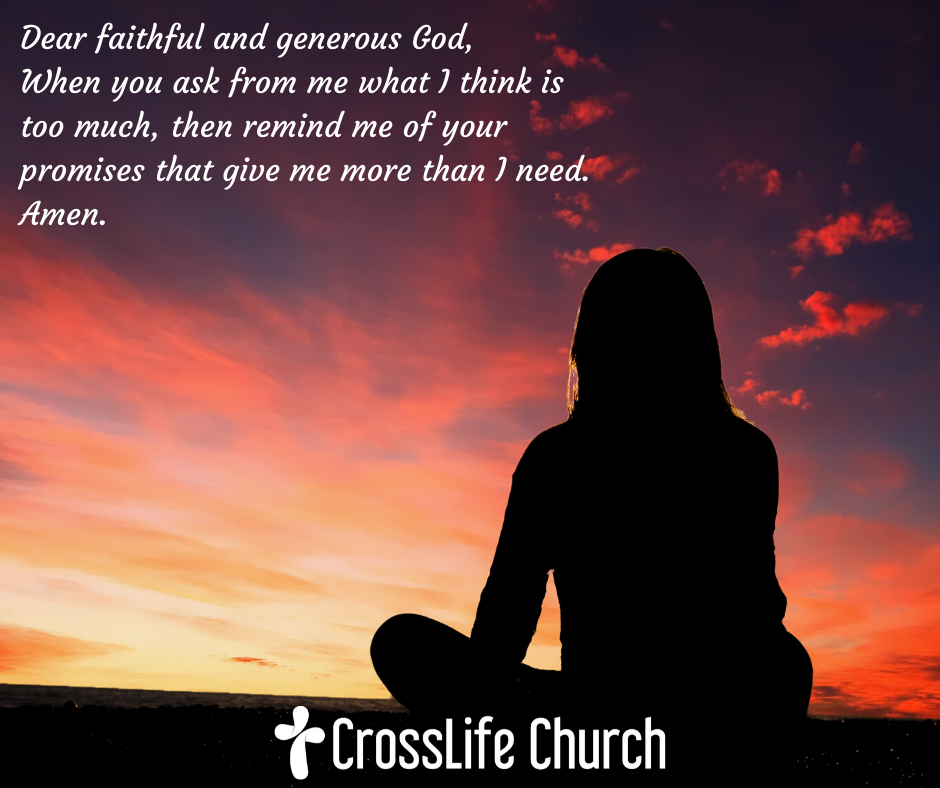 Is it cruel and oppressive to tell a person that they can’t sit in the front of the bus or church because of the color of their skin? Absolutely. That’s why we are celebrating Martin Luther King, Jr. Day today, honoring equal rights and racial harmony.

Is it cruel and oppressive to end the life of an unborn child? Absolutely. That’s why we designate this coming Friday as National Sanctity of Human Life Day, standing against abortion and for the blessed gift of life from God.

As a society we rally to support those whose rights to life and justice are threatened. Including widows. So how is it not cruel and oppressive for God to send his prophet, Elijah, to a poor widow demanding all that’s left of her remaining food?

There was a drought in the land, and food was scarce. This poor widow had enough for only one small meal that she could share with her son, and then they’d starve to death. God told Elijah to ask her for that meal, and he did. Unthinkable?

Not when God’s never ending supply of promises provide everything the widow needs. Elijah explained, “For this is what the Lord, the God of Israel, says: ‘The jar of flour will not be used up and the jug of oil will not run dry until the day the Lord sends rain on the land’” (1 Kings 17:14).

This widow is not poor. She’s rich. She’s not the victim of a drought, but the recipient of a never-ending supply of flour and oil. More than that, she’s the recipient of the never ending promises of the Lord God.

And so are you.

God asks you to put him first. Give him your best, even if you think you won’t have enough to survive. Because he gives you his never ending promises, too.

That makes you rich.

PRAYER: Dear faithful and generous God, when you ask from me what I think is too much, then remind me of your promises that give me more than I need. Amen.

FURTHER MEDITATION: Read 2 Corinthians 8:8,9. Could we say that God was oppressive to his own Son—just once—when he suffered as your substitute? And therefore he isn’t cruel and oppressive to you.