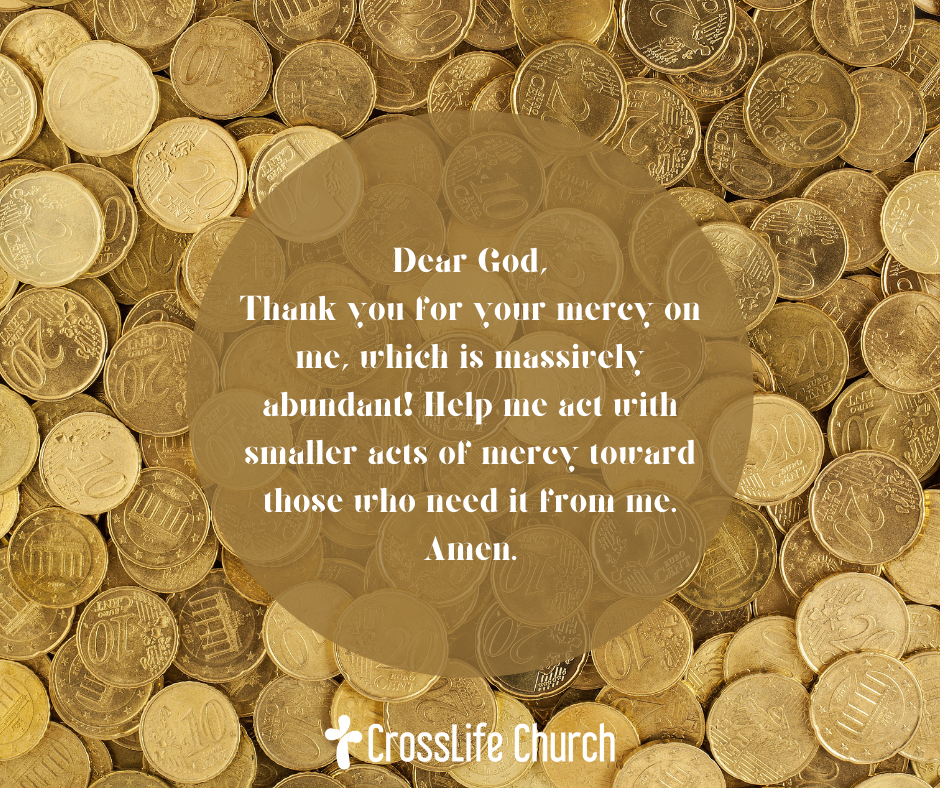 Jesus teaches this powerful little proverb in his parable of the unmerciful servant. “I tell you, not seven times, but seventy-seven times” (Matthew 18:22).

A servant owed his master an astronomical amount of money. (Jesus says, “Ten thousand talents” or bags of gold. Each talent or bag of gold was worth 20 years of wages. Do the math, if you can.) The master graciously and generously cancelled the huge debt.

That servant then approached another servant who owed him a comparatively small amount of money. (Jesus says, “One hundred denarii,” and a denarii was a silver coin worth one day’s wages.) The servant whose master had cancelled his huge debt refused to cancel the smaller debt owed to him.

The master heard about this, rescinded his kind offer, and threw the wicked servant in jail until he could pay the debt—which is impossible.

Everyone can find themselves somewhere in this story.

We are the servant who owes an astronomical amount of debt to God as payment for our sins. Yet God cancels the debt, which would be impossible for us to pay.

We also can be the servant who refused to forgive, and in such a case we must understand that we forfeit any forgiveness we want from God.

We can finally aspire to live and forgive like the generous master, cancelling the debt of guilt, shame and hurt when someone sins against us. As intense or immense as the sin might be.

So we find mercy in God, whose mercy allows us to show mercy to others. Instead of limiting our forgiveness to little or nothing, we multiply forgiveness like God multiplies his mercy on us.

PRAYER: Dear God, thank you for your mercy on me, which is massively abundant! Help me act with smaller acts of mercy toward those who need it from me. Amen.

FURTHER MEDITATION: The idea with this verse is that it cues you to recall the parable. Read it in Matthew 18:21-35.