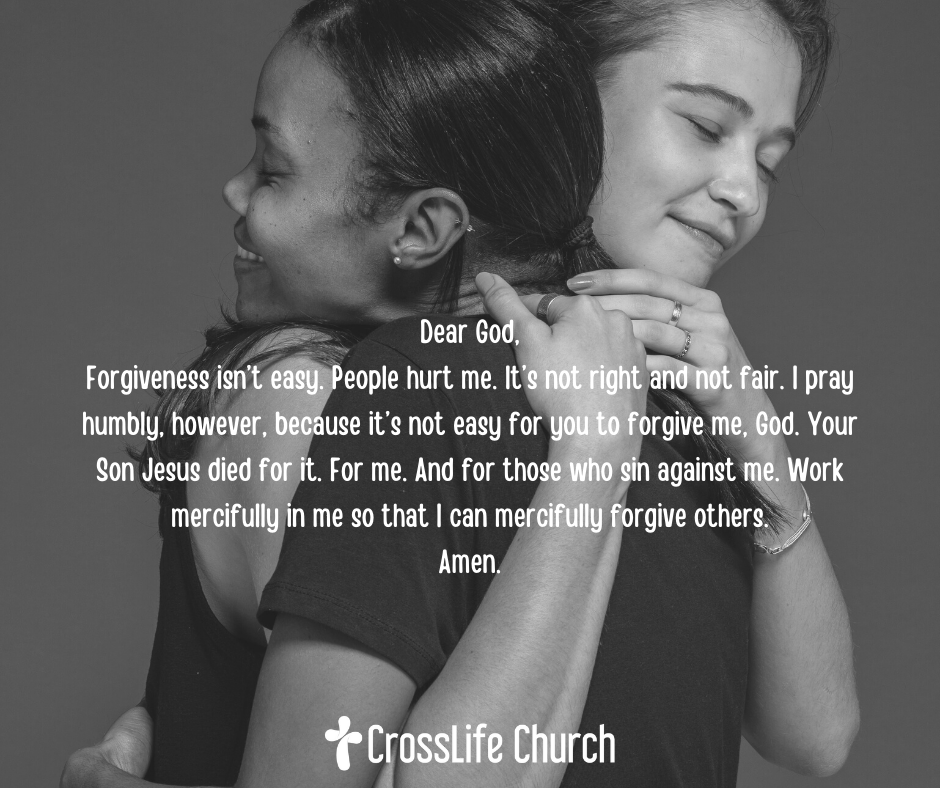 Abuse. Torture. Injustice. The sins that Joseph’s brothers committed against him qualify as crimes. They hated him. They sold him to slave traders. They lied to their father that a wild animal had attacked and killed him.

By God’s powerful and gracious care, Joseph survived. More than that, he rose to the ranks of the second highest official in the Egyptian government. Then, as God would direct it years later, his brothers needed to travel to Egypt to purchase grain.

They appeared before Joseph, who administered grain distribution. They didn’t recognize him, but he recognized them. He had the power to take quick and easy revenge.

He struggled in his heart, because he loved God and knew the power of grace but couldn’t forget what his brothers did to him.

Finally, in faith, Joseph re-introduces himself to his brothers. Shocked, they fear for their lives. But Joseph reassures them, “Don’t be afraid. Am I in the place of God? You intended to harm me, but God intended it for good to accomplish what is now being done, the saving of many lives” (Genesis 50:19,20).

He’s admitting that there is something that the sinner Joseph would love to do, like revenge, like holding out, like giving the cold shoulder, but he concedes that this is not what God wants. God wants him to forgive. And so forgiving someone starts right there. With God.

God has forgiven the person whom you just can’t forgive (think of them)—the bully, the nasty coworker, the contractor who cost you thousands, the ex, the family member who makes your life miserable. God isn’t asking you to do something natural, but something divine. Something that he has already done by the death of Jesus.

“You intended to harm me!” Joseph doesn’t pretend that he’s unaffected by their evil. He recalls that his brothers hurt him—but then he chooses not do the same to them.

Joseph chooses forgiveness. Because that is God’s choice, and God’s work.

PRAYER: Dear God, forgiveness isn’t easy. People hurt me. It’s not right and not fair. I pray humbly, however, because it’s not easy for you to forgive me, God. Your Son Jesus died for it. For me. And for those who sin against me. Work mercifully in me so that I can mercifully forgive others. Amen.

FURTHER MEDITATION: Read Ephesians 4:31,32. What gets in the way of God’s desire for you to forgive others? What gifts does God provide that equip you to forgive?