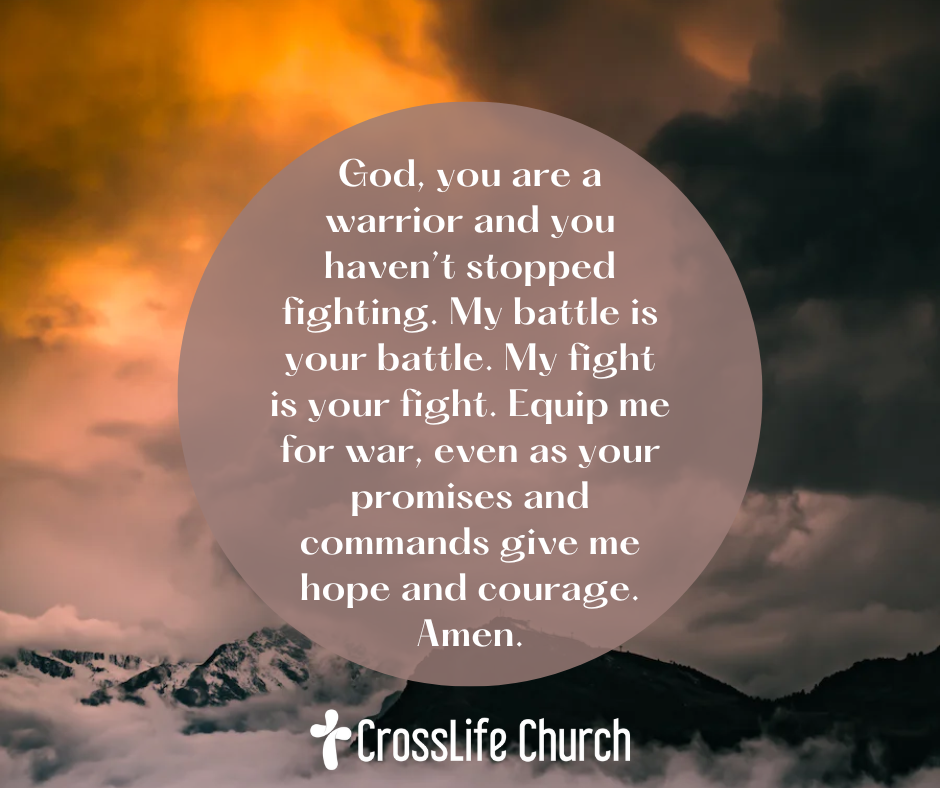 War is a central theme of God’s saving activity.

The very first promise that God made in his merciful response to the first sin in the Bible promised to crush his enemy’s head (Genesis 3:15).

God’s redeeming rescue of Abraham’s descendants from slavery in Egypt became an all-out assault on the powerful Egyptian empire and its pharaoh. The ten plagues devastated the land.

When pharaoh freed God’s people from slavery, they headed out quickly but he later pursued them up and cornered them on the shores of the Red Sea. God told Moses to part the waters and lead his people to the other side, while collapsing the mighty sea onto the army of pharaoh.

Egyptians. Amalekites. Philistines. Canaanites. Assyrians. And more. They all declared war on God’s people and God didn’t just shrug his shoulders. He went to war.

Are you ready for battle? It’s not over. The victory is yours, but it’s not over. God goes to war, and brings you with him. Fight the good fight today! God is on your side.

PRAYER: God, you are a warrior and you haven’t stopped fighting. My battle is your battle. My fight is your fight. Equip me for war, even as your promises and commands give me hope and courage. Amen.