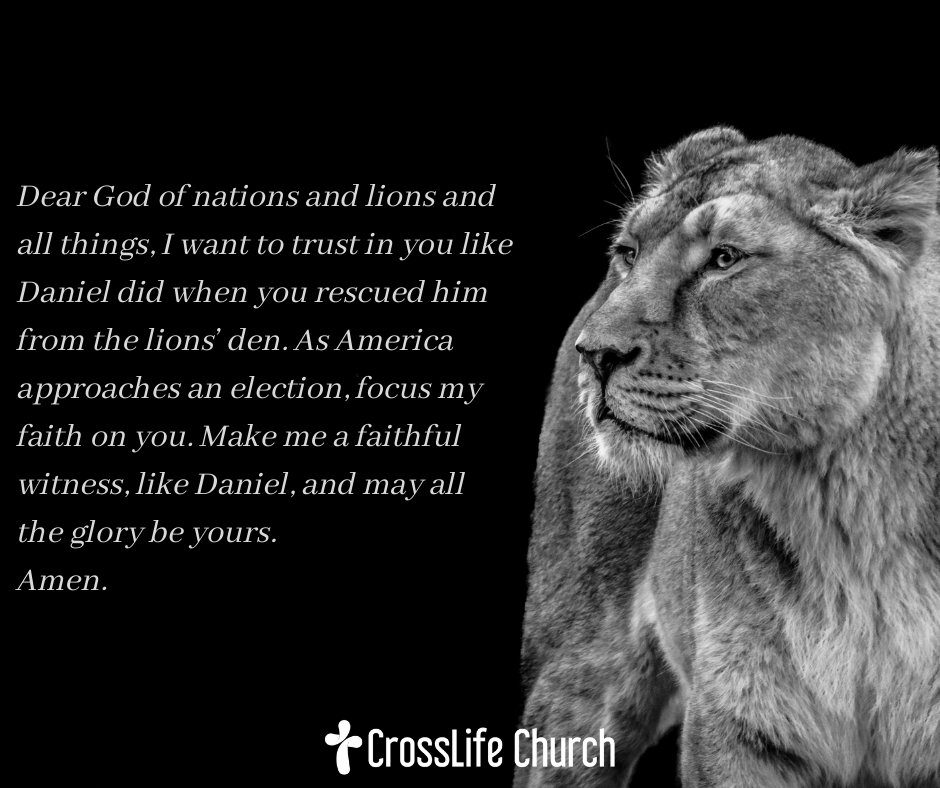 Daniel appears in the Bible as a teenager. He was taken captive by foreign enemies, and coerced to serve their king. He complied.

Not because he saw this as a good cause. But rather, he trusted in God to make things right.

The nationals who were his peers saw Daniel rising in the ranks, and were jealous. Deeply jealous. They framed him. And he was tossed into the lions’ den.

God made things right. He rescued Daniel from the lions.

What if Daniel had trusted in government over God?

But instead, the Bible says, “No wound was found on him, because he had trusted in his God” (Daniel 6:23).

Daniel was lifted out of the den unharmed. Not because his government rescued him or adopted his beliefs. No. He survived because he trusted in God.

God is more powerful than lions and kings and presidents and supreme courts and gun laws and abortion rights and biased media.

Where is your trust, Christian?

PRAYER: Dear God of nations and lions and all things, I want to trust in you like Daniel did when you rescued him from the lions’ den. As America approaches an election, focus my faith on you. Make me a faithful witness, like Daniel, and may all the glory be yours. Amen.

FURTHER MEDITATION: Read Daniel chapter 6. Pray for courage that will not allow powers like government and lions scare you from faith.