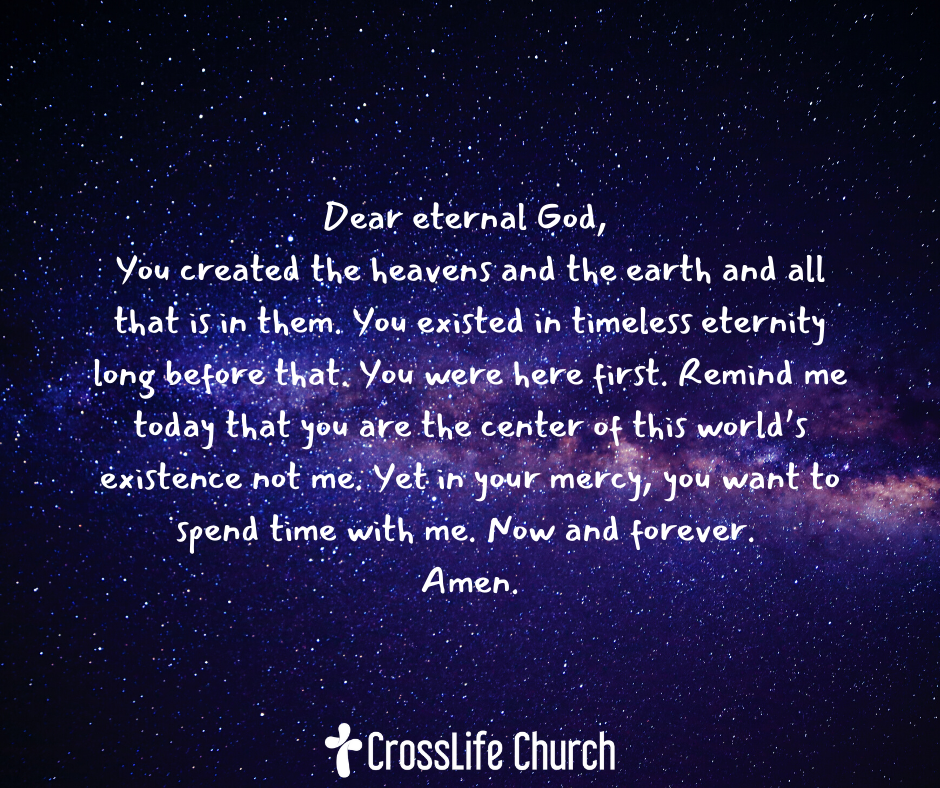 The first 10 words of the Bible say, “In the beginning God created the heavens and the earth” (Genesis 1:1). It’s the beginning of time, or we should say, of created time. The beginning of all that is going to exist, except for anything that exists but isn’t created.

God is not created. God has always existed in a timeless moment we call “everlasting” or “eternity.” God never began. God wasn’t born. God was not created as a fictional character in an epic novel or designed by an engineer. The Bible praises God for this in Psalm 90:2, “Before the mountains were born or you brought forth the whole world, from everlasting to everlasting you are God.”

Now, why is that such a big deal? Because it makes God supreme. He was here first. He brought created things into being. So the Bible tells us that all creation rightly submits to God, praises him, and loves obeying his commands.

In the first 10 words of the Bible we learn the most important, fundamental truth anyone can ever know. The main character in the story of the Bible is God. Not you or me.

Yet as the story unfolds we are awed to realize that God’s passion is not birds, not the stars, but people, the crown of his creation. You and me.

God’s supreme passion is to be with us. Some of you have lived your life with the idea that God is some angry cosmic kill-joy who sits in the heavens and watches you, waiting for you to make a mistake so he can zap you. Or, you feel he is distant and doesn’t care or has simply forgotten you.

But from the beginning he has shown us this is not the case. He wants to be with you. Right now. He has not forgotten you. He carried out a plan to pay for and forgive everybody’s sins, including you and me. And he wants to walk with you in the cool, refreshing paradise of heaven!

So, this might be the perfect time for you to go for a walk. God walks with you.* But let him lead. Let him be supreme. He was here first.

PRAYER: Dear eternal God, you created the heavens and the earth and all that is in them. You existed in timeless eternity long before that. You were here first. Remind me today that you are the center of this world’s existence not me. Yet in your mercy, you want to spend time with me. Now and forever. Amen.

* (Adapted from Randy Frazee’s material in The Story, Zondervan).