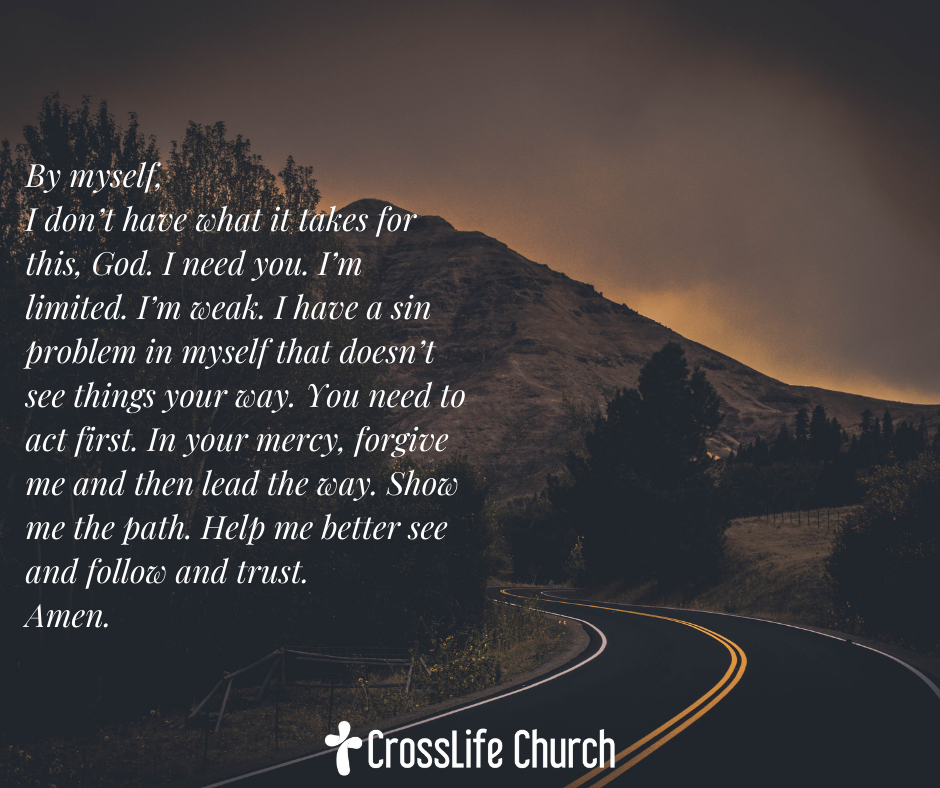 If you think you are lost, you probably are.

I experience this often when riding with Cara on our Harley Davidson. Despite the best mapped out efforts, after a couple hours on the open road it’s easy to forget whether I wanted to turn on County Road 223 or 2223.

The journey is the destination

I take the turn, hoping it’s correct. After a while – like when we’re traveling straight north instead of toward our destination in the south – that feeling develops, and the inner voice says, “I think I’m lost.”

Then the outer voice, of course. I, the leader of the ride responsible for safety and fun, must confess to my dear passenger and wife, “I think I’m lost.”

Usually she calmly agrees, “I think so, too. Let’s turn around.” But one time, she surprised me and said, “Let’s just keep going.” On that ride, we didn’t have a specifically timed, specifically defined destination. We were just out for a ride. So why not?

Real bikers do this all the time. The journey is the destination, they say. In a sense, it’s good to be lost. That’s the point.

Have you ever been lost in prayer?

Dr. Andrew Newberg of Thomas Jefferson Hospital in Philadelphia has been studying the effect of prayer on the brain for more than 25 years. He injects radioactive dye into people, and then looks for changes in their brains when they pray.

Red means the person is at rest. Yellow means they are praying.

Newberg studied a group of Franciscan nuns who joined together in prayer. He discovered that the area of the brain associated with the sense of self began to shut down. Replacing it was a sense of being connected outside oneself. Connected to the world. Connected to God.

That’s the best kind of prayer, isn’t it? Like Jesus, we pray to our Father and truly believe, “Your will be done.” Your self sort goes away. Isn’t that the whole point of prayer? “By myself, I don’t have what it takes for this, God. I need you. I’m limited. I’m weak. I have a sin problem in myself that doesn’t see things your way.”

So we reach outside of ourselves to God in prayer. Losing ourselves and in so doing, finding him. And when we find God – in answers, in circumstances, in the truth of his Word, in his guidance, on his paths – it’s not so much a destination as it is a journey.

PRAYER: By myself, I don’t have what it takes for this, God. I need you. I’m limited. I’m weak. I have a sin problem in myself that doesn’t see things your way. You need to act first. In your mercy, forgive me and then lead the way. Show me the path. Help me better see and follow and trust. Amen.

FURTHER MEDITATION: I’d love to share with you this week’s teaching points on prayer, and some further encouragement for you. Watch my message from last Sunday and share it with friends and family http://crosslifepf.org/messages/prayer-good-better-and-best/.