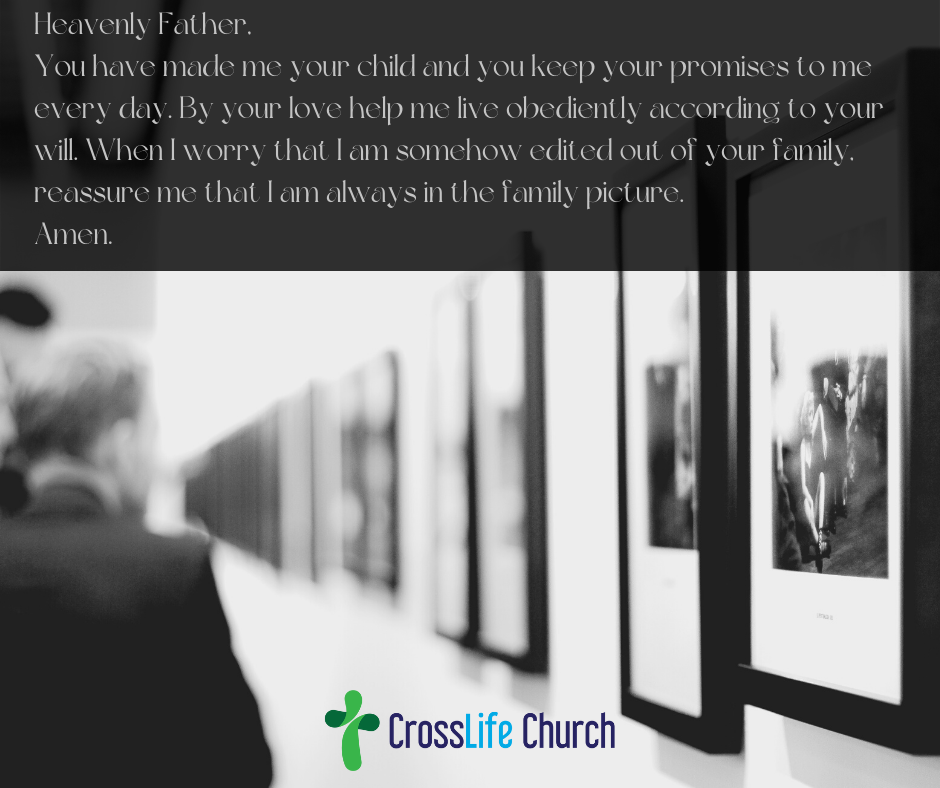 Do you have one of those photos on your shelf, showing you standing next to someone you’d rather not remember? An ex? A cousin who stole money? Or maybe you’ve photoshopped them out of the picture and replaced them with a tree.

Do you think someone has a picture in their possession and they wish you weren’t in it? Or they’ve photoshopped you out of their picture, and their life?

The genealogies of Jesus that appear in the Bible are pictures. Ancient family pictures. Jesus poses proudly with his family: those who believe in him. We are God’s family (Ephesians 3:15), and children of the heavenly Father (Ephesians 5:1) whose brother is Jesus himself (Hebrews 2:14-17).

Now, you’d think Jesus would divinely edit the family picture a bit to distance himself from some shady relatives. Instead, he mercifully mentions those relatives first in the Scriptures. Because the requirements for being in the picture with Jesus—being in his family—are fulfilled by his living, dying, and rising for sinners.

We’re tempted to think that we disqualify ourselves from God’s family. The mercy of Jesus doesn’t allow for that.

Sinners, even scandalous sinners, are part of Jesus’ family.

At the conclusion of the book of Ruth the Bible closes with a family picture. A genealogy.

There’s Perez, born in some unusual circumstances and conceived scandalously by Tamar who pretended she was a prostitute and slept with her father-in-law.

Next to Perez stands Amminadab whose son-in-law, Aaron, led the Israelites in worshipping the golden calf.

Salmon is smiling, proud that he married a prostitute named Rahab.

And there is Boaz, who married a poor, foreign widow named Ruth.

Oh, and front and center standing next to Jesus is David, who besides being a great king was a dirty liar and murderer.

On the other side of Jesus, well, there you are.  With your family. In the picture forever.

PRAYER: Heavenly Father, you have made me your child and you keep your promises to me every day. By your love help me live obediently according to your will. When I worry that I am somehow edited out of your family, reassure me that I am always in the family picture. Amen.