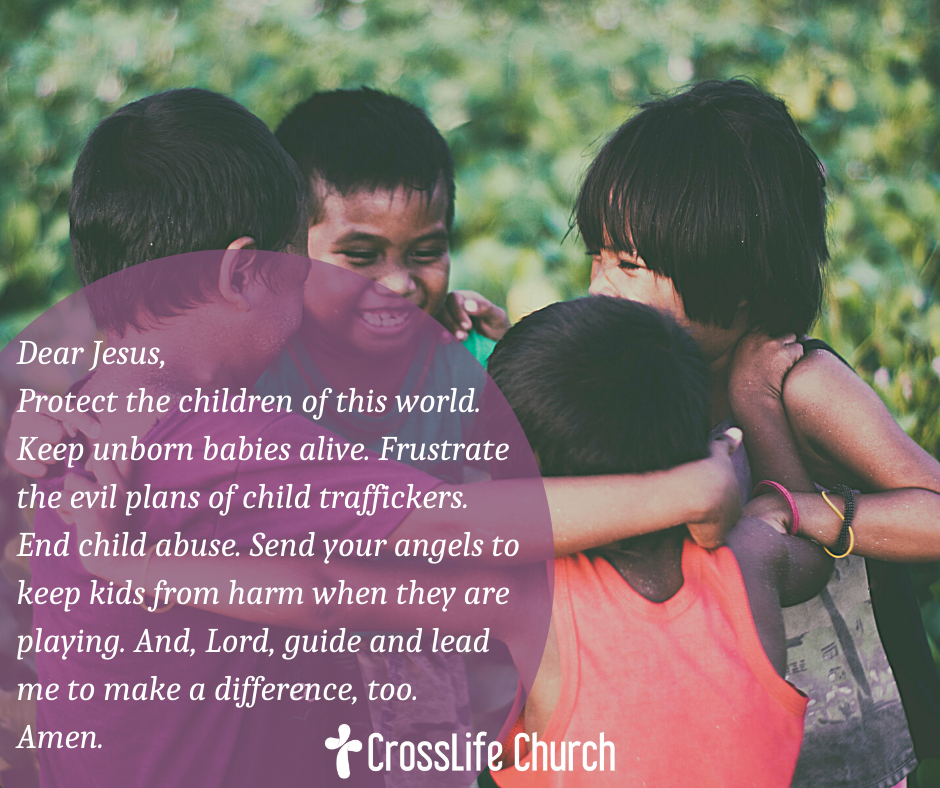 “People were bringing little children to Jesus for him to place his hands on them, but the disciples rebuked them. When Jesus saw this, he was indignant. He said to them, ‘Let the little children come to me, and do not hinder them, for the kingdom of God belongs to such as these’” (Mark 10:13,14).

What strikes me about this situation is comparing the two disapprovals. The first disapproval is the disciples shushing the little kids and scolding the parents for interrupting Jesus.

“People! Big things are happening here with Jesus. Serious, spiritual things about the kingdom of God. This is not for kids!”

But then here’s the second disapproval: Jesus scolds his disciples for scolding the parents. Notice that the Bible says, “When Jesus saw this.”

Parents, it’s a tough job raising your kids spiritually. When you’re trying hard, and experience obstacles or endure criticism like these parents, Jesus sees it. He takes notice. He’s paying attention. He’s interested and he cares.

Ugh! Kids can be so frustrating!

Here’s the thing. When you lose patience with kids, Jesus isn’t happy about it. When you get upset with kids for innocently interrupting your agenda, Jesus gets upset with you. You’re denying the love and kindness he wants to show to kids.

That’s how important kids are to Jesus.

A father and his son were walking in the park when suddenly the father pulled his son up into his arms, hugged him and kissed him, then put the boy back down. A few minutes later the father hoisted his son up onto the swing, and playfully pushed him just the right height, and tickled him a few times—both were laughing. Before dad took his son off the swing, he bent down and took a selfie of both of them enjoying that moment, which, by the way, was happening because the father came home early from work.

Watching this father, would you say he was having fun? Was he glad to leave work early? Did he like playing with his son? Absolutely!

The Bible says that God delights in you. God has chosen and adopted you as his child “in accordance with his pleasure” (Ephesians 1:5). He lifts you up with his powerful promises and kisses you good night with beautiful sunsets.

Jesus tells stories about a shepherd finding his sheep and a father welcoming his rebellious son with such joy that they throw a party. He’s picturing God the Father rejoicing over you, delighting in you, forgiving you with such pleasure and power that he’s not upset or angry with you.

The kingdom of God belongs to you because you’re a child of God. For this reason, God gives you all kinds of blessings like a dad gives to his kids.

So, blessed by God your heavenly Father, you can be a blessing to kids.

PRAYER: Dear Jesus, protect the children of this world. Keep unborn babies alive. Frustrate the evil plans of child traffickers. End child abuse. Send your angels to keep kids from harm when they are playing. And, Lord, guide and lead me to make a difference, too. Amen.

FURTHER MEDITATION: Name 3 children in your life whom you can bless today. Say a prayer for each, and for your intentions to do good.