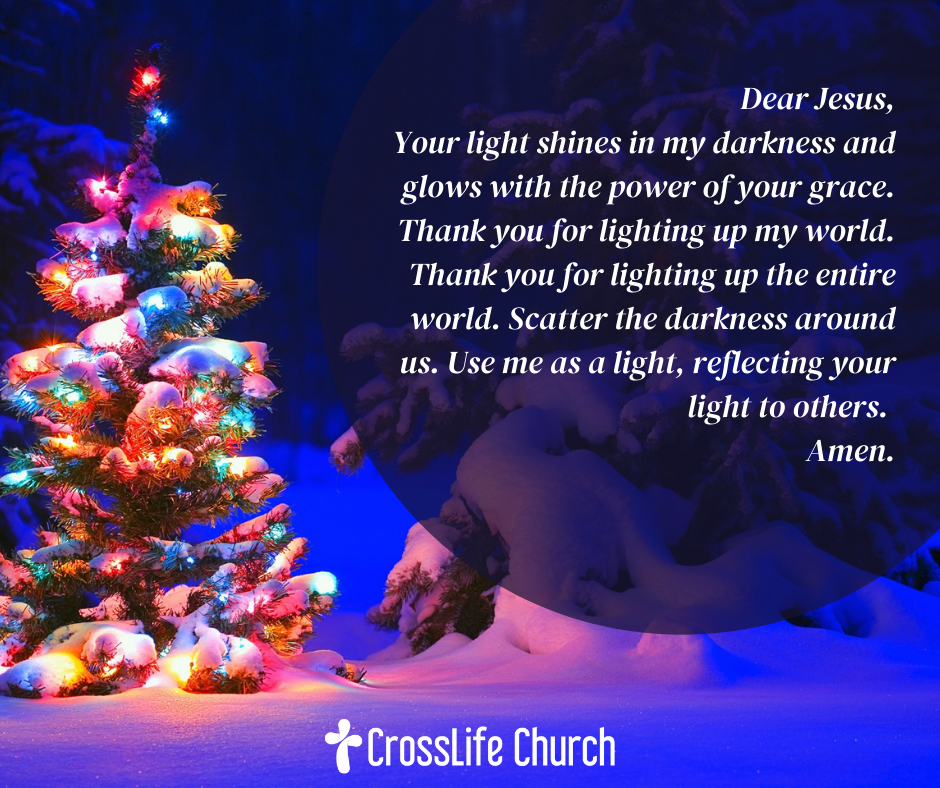 December is the darkest month of the year, with the least amount of sunlight thanks to the winter solstice.

When ancient Christmas decided to celebrate Christmas in December, that’s a big reason why.

Sidebar: The Bible does not tell us that Jesus was born on December 25, and likely he was not born in December at all. That’s because the angels appeared to shepherds watching sheep in the fields near Bethlehem. It was customary for the Jews to send their sheep to pasture from springtime until early October. As the cold winter months began, the flocks would return from the fields for shelter and warmth. Since the shepherds were still tending their flocks in the fields around Bethlehem it can be concluded that the angels announced the news of Jesus’ birth no later than October. Some scholars argue for a springtime birth of Jesus, others for a September.

That’s all okay. What’s most important is that Jesus came. He was born. Exactly when doesn’t really matter. But that he is real, that he came to save us, and that we have sufficient details in the Bible—that is enough for us to celebrate! In December.

In our darkest of times, the light of Jesus comes.

When it gets dark in December, my neighborhood lights up in displays of Christmas lights. Just like Christmas lights give beauty to the darkness, Jesus is the Light of the World. He gives beauty to your life, your faith, like an awesome Christmas display of lights brings “oohs” and “aahs.”

Jesus teachers, “I am the light of the world. Whoever follows me will never walk in darkness, but will have the light of life” (John 8:12).

Who has Jesus? Who is plugged into his light and receives life? “Whoever follows me,” Jesus says. Just like your eyes are attracted to the glow of Christmas lights, Jesus attracts you to follow him. Christmastime is a wonderful time to do that, as he gives his attention to you.

Follow him. Escape the darkness. Live in the light of his holiness, his power, his love, his forgiveness and grace.

EVANGELISM ACTION: Ask one of your friends who needs Jesus if they know what Christmas lights symbolize. Then share this message with them.