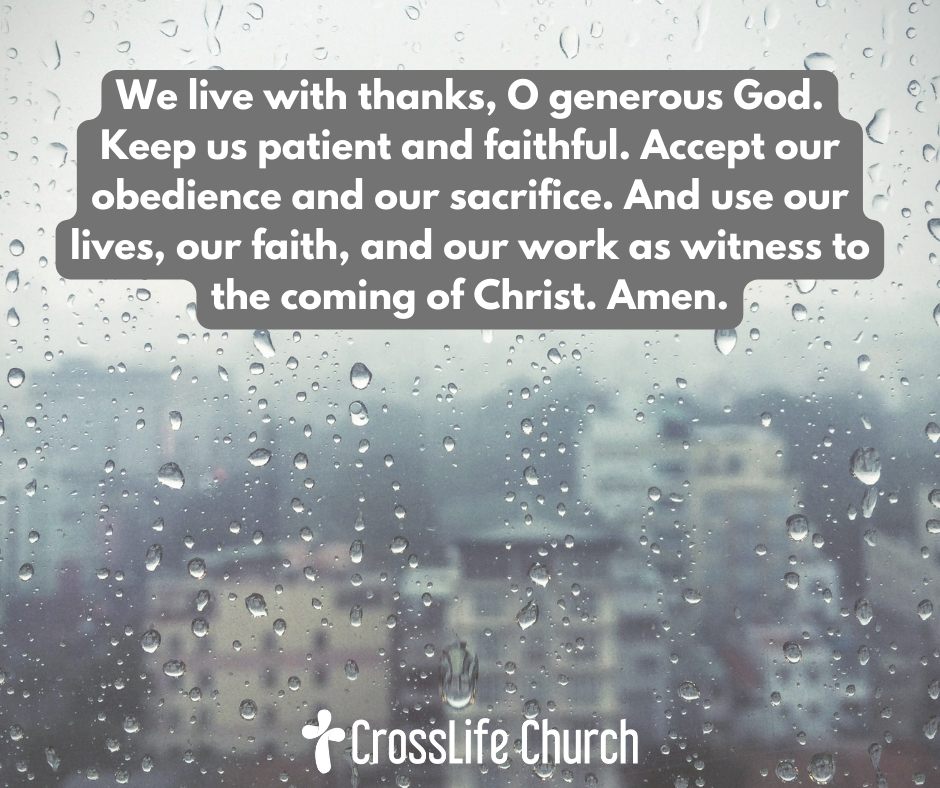 It feels like we’ve had rain for 40 days in central Texas, so how about some lessons from Noah about thanksgiving?

The size of the ark was about one and a half football fields long and its internal volume of over 1.5 million cubic feet is roughly the size of 550 standard railroad boxcars.

Only air-breathing animals boarded the ark, and all the different varieties of animals within each species may not have been represented (for example, every type of dog was likely not on the ark, but one or a few pair of dogs with DNA that has provided for the variety we see today). Since the majority of animals are smaller than an average cat, experts estimate that anywhere from 15,000 to 75,000 animals made the journey with plenty of room for food and supplies.

The span of time from God’s first forecast to the wicked world about the coming flood to the first raindrop that triggered it was 120 years. More than enough time to repent and make reservations on the ark! And although it rained for 40 days and 40 nights, Noah actually spent 1 year and 10 days aboard the ark in flood conditions.

Then Noah exited the ark at God’s command, stepped onto dry ground, and “built an altar to the Lord…and sacrificed burnt offerings on it” (Genesis 8:20). The thanksgiving of Noah we observe at that moment of transition from ark to altar is no different than how he had always lived and worked and followed God. For Noah, godly thanksgiving was more than a moment in time. It was a manner of life.

With patient obedience Noah allowed God to determine when exactly they would exit the ark. Decisions which look first to the Lord result in patient obedience. Today, praise God for guiding you in life, for protecting you in storms, and for rescuing you from the world’s wickedness and your own sins. And thank him with patience obedience.

Presumably untrained in the skills of veterinary medicine, seamanship, zoology, or hotel management Noah guided the ark successfully using the gifts God gave him. Today, praise God for giving you your unique gifts, strengths, and personality. And thank him by using them faithfully on his mission.

God had guided seven of each of the clean animals (as defined in later laws of the Israelites) to enter the ark. The purpose of at least some of these animals was to glorify God not by reproducing life in the new world but by dying a sacrificial death before entering it—when Noah offered them up on the altar he built for the Lord.

Praise God for giving you more than you’ll ever need, and for offering you his complete dedication that sacrificed his only Son. Thank him by your generous and sacrificial giving.

PRAYER: We live with thanks, O generous God. Keep us patient and faithful. Accept our obedience and our sacrifice. And use our lives, our faith, and our work as witness to the coming of Christ. Amen.

EVANGELISM ACTION: Ask a friend who needs Jesus and is familiar with Noah’s ark if they know the answers to these three questions (answers are written in the three facts at the beginning of today’s blog).