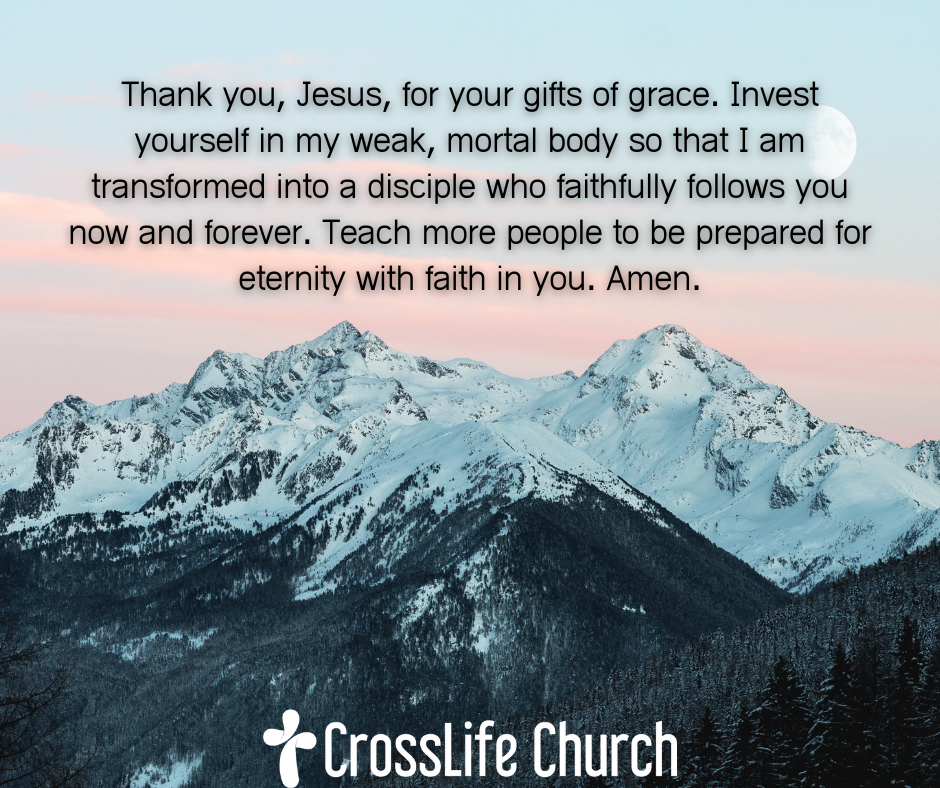 One of the most important positions of leadership and influence experienced no shift in power after the midterm elections. The incumbent remains in control. To be honest, he wasn’t up for re-election because God doesn’t need to campaign for office.

Nobody unseated God. No ballots gave anybody the option of voting him out.

No shift in power or personnel or platform. The principles and the promises of God doing his work in the hearts of people remain constant to the very end, to the last sunrise this planet sees before Jesus returns on Judgment Day.

One servant whose master had given him a sum of money, and then departed on a trip to be declared king, returned to his servant. He asked for an accounting of the money. “Sir, your mina has earned ten more.”

“Well done, my good servant. Because you have been trustworthy in a very small matter, take charge of ten cities.” However, there was another servant who didn’t carry on business with his mina, and the king took it back and sent him away. “You wicked servant.”

If you’re not into carrying on God’s business in your life now, you’re not going to be part of God’s business in heaven. You’ll be sent away from God forever. Mock God now by living in sinful behavior even though you know it’s wrong, and on Judgment Day you’ll be mocked.

Repent now, seeking God’s will and ways, and in eternity everything you do and decide in heaven will be untainted by sin. Follow Jesus now by taking up your crosses of discomfort or inconvenience, and the crosses that wear you down will become a glorious crown that lifts you up in eternity.

God is still in charge, will be in charge next year, and the next, and forever. He wants to invest in you.

PRAYER: Thank you, Jesus, for your gifts of grace. Invest yourself in my weak, mortal body so that I am transformed into a disciple who faithfully follows you now and forever. Teach more people to be prepared for eternity with faith in you. Amen.

FURTHER MEDITATION: Read the entire parable of ten minas in Luke 19:11-27. What is God telling you in these holy words?