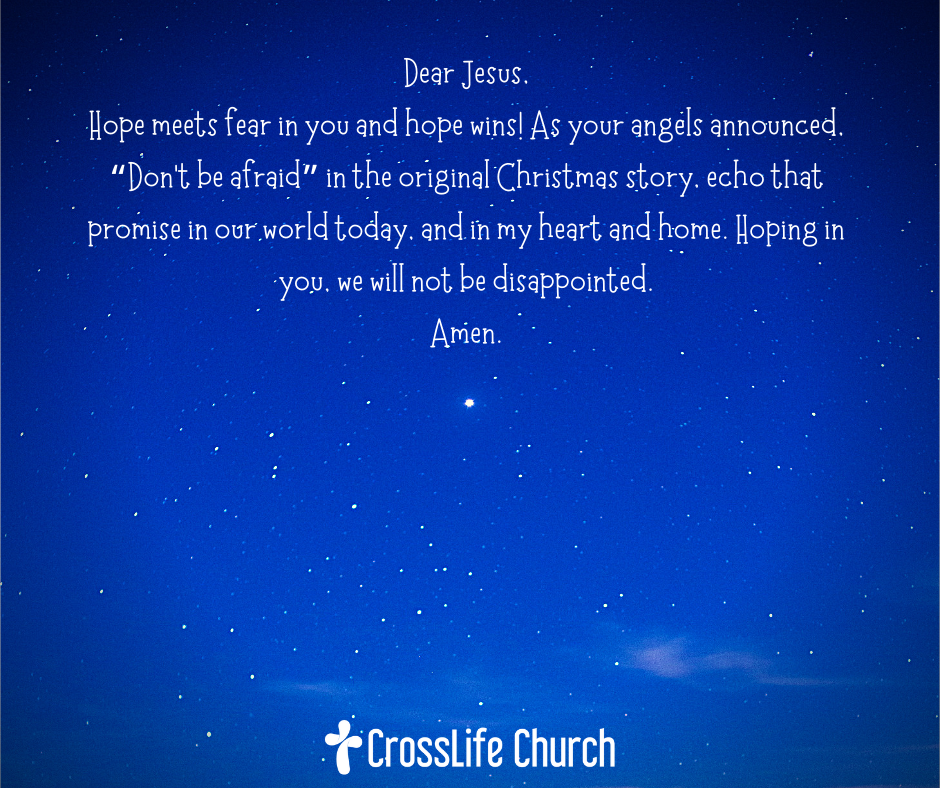 “Yet in thy dark streets shineth the everlasting light;

the hopes and fears of all the years are met in thee tonight.”

The line is from a beloved Christmas carol, “O Little Town of Bethlehem.” Who doesn’t cherish the image of eternal light beaming from the ramshackle stable where the Christ child dozes in the arms of his mother? Who doesn’t celebrate the hope his birth brings to a world where hope so often seems in short supply?

But fears? What has fear to do with Christmas?

The history of the carol provides a hint. “O Little Town of Bethlehem” was written in 1868 by the famed preacher Phillips Brooks. The Civil War had ended only three years earlier. Yes, Lee and Grant had signed their peace accord at Appomattox and shaken hands on the deal. Yes, battle-weary veterans from both sides had laid down their arms and trudged home. But half the nation still lay in ruins.

On the home front, north and south, families had been decimated by the carnage of the most brutal war America had ever known. Wives and mothers counted themselves lucky if their husbands and boys had come home lacking an arm or a leg or an eye or shivering with PTSD. They knew he could easily have not come home at all.

In 1868, it gave Americans some comfort to picture the humble Bethlehem stable as the place where hope and fear meet each other — and where hope emerges the ultimate victor.

As then, so today

And today, well, these are fearful times. Long after Brooks put pen to paper to describe those silent stars floating over Bethlehem’s deep and dreamless sleep, we still yearn for the abiding peace that is freedom from fear.

All these fears of ours are ultimately nothing when laid up against the great plans God has for this world. “The Lord, the King of Israel, is with you; never again will you fear any harm” (Zephaniah 3:15).

“God with us,” in other words, Emmanuel. It’s a name for Jesus we use in the Christmas season. See it in that promise of God? Don’t be afraid. He “is with you.”

Who is he? “The Lord, the King of Israel.” The King is born. Like Simba in The Lion King, he overcomes all evil and makes all things new and right. Hope meets fear in Jesus Christ, and hope wins!

PRAYER: Dear Jesus, hope meets fear in you and hope wins! As your angels announced, “Don’t be afraid” in the original Christmas story, echo that promise in our world today, and in my heart and home. Hoping in you, we will not be disappointed. Amen.

FURTHER MEDITATION: Enjoy this beautiful presentation of “O Little Town of Bethlehem” by CrossLife Church, and keep watching for another Christmas carol, children reading the Christmas story, and some Christmas greetings from CrossLife! https://youtu.be/Mjn7QgN4z7c