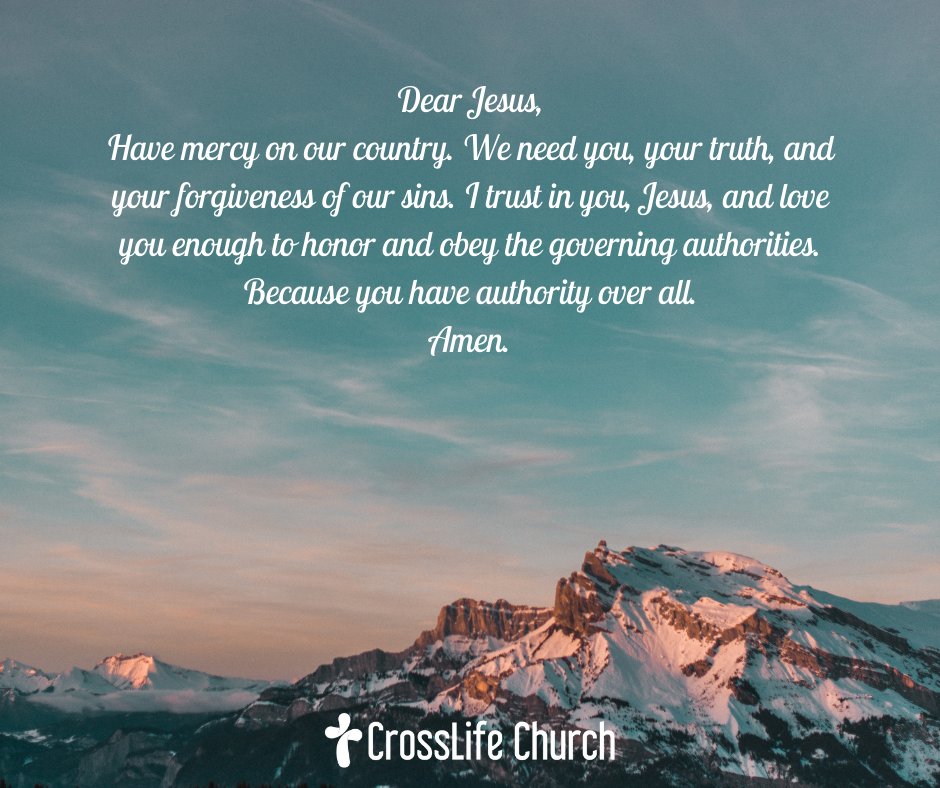 Caesar, a pagan politician who claimed divine powers for himself that belong only to God, deserves respect and obedience from Christians according to Jesus.

Now, here is some irony. Three days after Jesus said these words, Caesar’s government pronounced Jesus a traitor and crucified him. Why didn’t Jesus revolt against this injustice, and pronounce his own authority over the Roman empire before they killed him? Two reasons: trust and love.

Jesus trusted in his Father’s authority over all government, including Caesar and Pontius Pilate who presided over the government trial that condemned Jesus to death. Because of his firm faith in his Father, Jesus could endure the injustice, the cruelty and the nails pounded into his hands and feet.

He explained it during his trial to Pontius Pilate, “You would have no power over me if it were not given to you from above” (John 19:11).

Secondly, Jesus loved you enough to restrain his powers and die for you. This required the death of a sacrifice given to God as full, perfect payment that you and I cannot give. Jesus loves everybody, and saved us all by his death at the hands of a dishonest, disobedient government.

The final outcome, however, is an epic twist, because the Roman Empire eventually fell as a world power. Jesus, however, became exalted when he rose from the dead and ascended into heaven.

With trust and love, Jesus overpowered the Roman Empire and they couldn’t touch him. Roman soldiers guarding his tomb couldn’t contain him. Roman persecution of his followers couldn’t stop them. And today, governments in China, Pakistan or the United States cannot stop Jesus or his believers.

Do you want more peace right now as our divided nation tries to move ahead together? Do you want some hope that the economy is not the most powerful influence over your business, career or retirement? Do you want some encouragement that Christians cannot be marginalized in God’s world?

Trust in Jesus. Love Jesus. He’s been through it all, and rules over it all.

PRAYER: Dear Jesus, have mercy on our country. We need you, your truth, and your forgiveness of our sins. I trust in you, Jesus, and love you enough to honor and obey the governing authorities. Because you have authority over all. Amen.

FURTHER MEDITATION: Read Romans 13:1-7. Government is not autonomous according to the Bible, but submits to God. How does this give you hope?