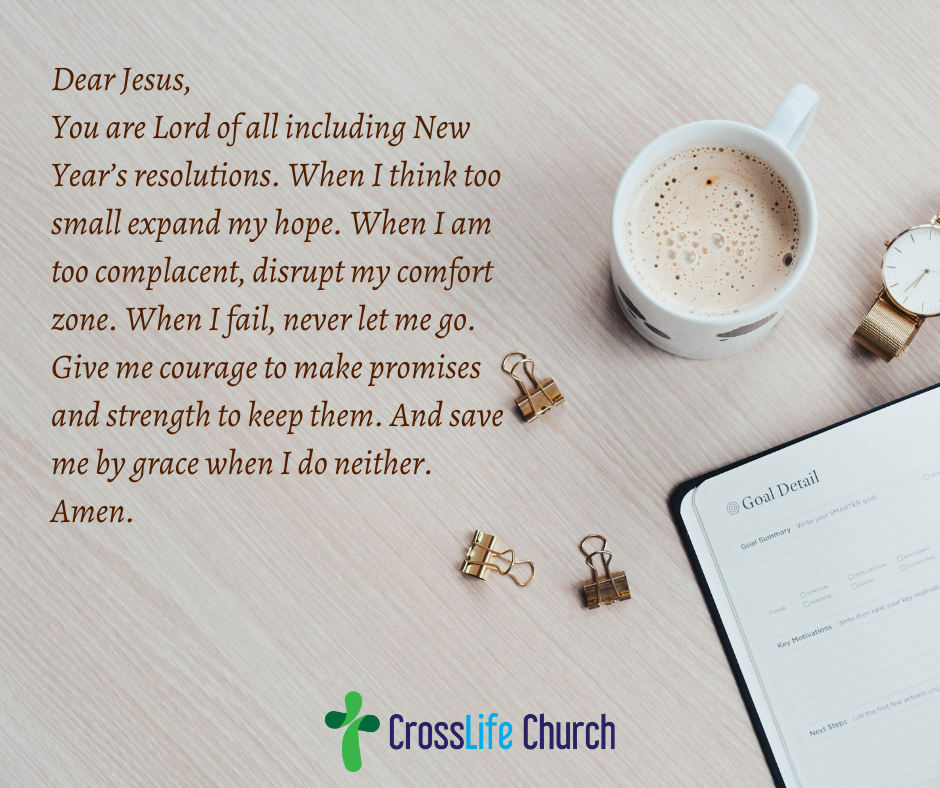 Some researchers studied people who expressed interest in changing a behavior, beginning in January. About half the group attached a New Year’s resolution to the behavior change, and half did not.

Six months later, 46 percent of those who made a resolution were successful. But only 4 percent of non-resolvers had maintained the behavior change.

if you want to increase your odds of making a successful change or improvement, do it in the firm form of a resolution. “I will …”

Write it down.
Tell a friend.
Post it on your home screen.
You’ll be ten times more likely to succeed if you do.

All right, so what about the rest of the people who didn’t make a resolution in time to ring in the new year? Or what about those 54 percent of resolvers who break their promise?

Perhaps a story will help. A scout for the National Football League was watching a college team practice one day. A brute of a linebacker was eating a wide receiver for lunch.

The wide receiver would catch pass and BAM! The linebacker was right there in his face to smash tackle the smaller fella.

This continued for quite some time during practice until a friend of the NFL scout came by and guessed out loud that the scout was keeping an eye on the linebacker who kept knocking players down. “I was,” he replied, “but now I’m interested in that guy who keeps getting back up.”

There’s something to be said about second chances and perseverance – getting knocked down but not staying down, and then trying again. If you’ve failed your New Year’s resolution why give up? God hasn’t given up on you. The Bible promises, “A bruised reed he will not break, and a smoldering wick he will not snuff out” (Isaiah 42:3).

Bruised ego? Smoldering outlook on life? “I will take hold of your hand,” God says (Isaiah 42:6).

If you make a sinful mistake, and then make same sinful mistake again, well, the re-solution is God’s forgiveness. He pulls you back up. “Let’s try this again.”

So, if you haven’t kept your resolution, try again in the forgiven hope of the re-solution. If you haven’t made a resolution because you’re scared of making a commitment you may not be able to keep, look to God who will always be committed to loving you no matter how often you fall down.

PRAYER: Dear Jesus, you are Lord of all including New Year’s resolutions. When I think too small expand my hope. When I am too complacent, disrupt my comfort zone. When I fail, never let me go. Give me courage to make promises and strength to keep them. And save me by grace when I do neither. Amen.

FURTHER MEDITATION: Think of at least one lesson you learned from 2020, or experience you gained, or improvement or strength because you were tested. Praise God for it. Tell a friend about it.