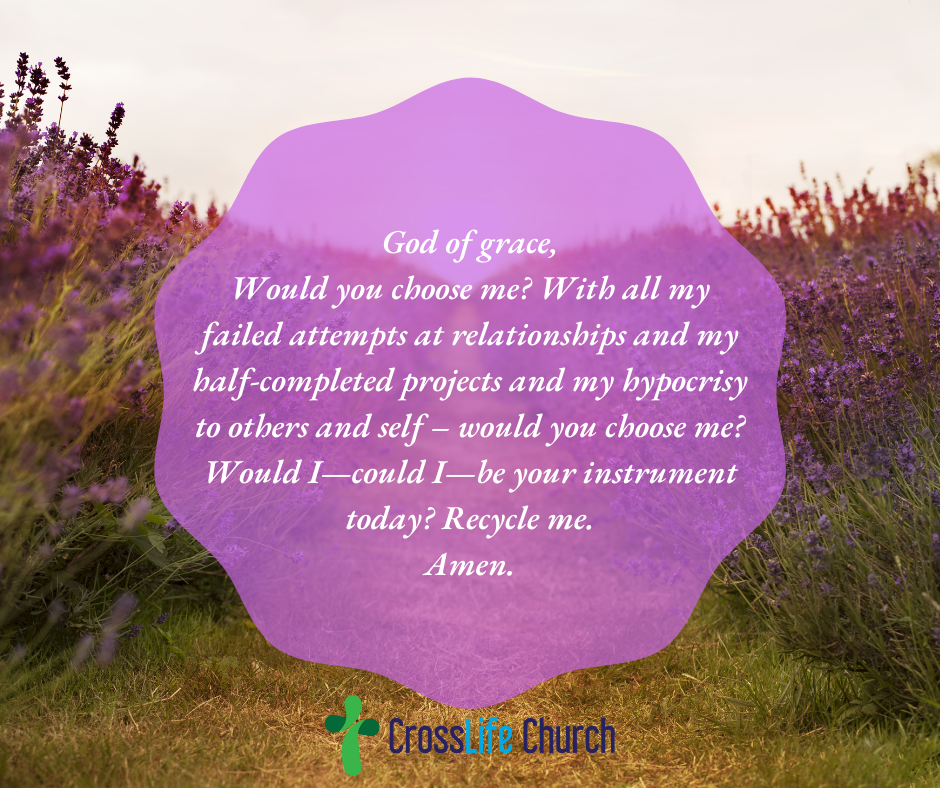 A man named Saul is as strong and solid as a concrete slab, throwing the weight of his zealous persecution all around the Christian world at that time.

He ravaged Christian groups, threw both men and women into prison, and even supported their execution. His political future was bright, he had a clean record of civic duty, and he had been schooled in rhetoric and religion.

And just when Saul thought he could build a kingdom on his own strength, determination, eloquence and leadership God brought him crumbling down.

God knocked him off his horse, blinded him, and took his skills captive for a better kingdom. More than that – because God wanted to recycle this strong man’s abilities as partner and not prisoner – God called Saul to faith.

The blinded strong man saw again like before, but he recovered from a spiritual blindness and saw what he had never seen.

“This man is my chosen instrument,” (Acts 9:15) God said with the eager determination of a professional golfer choosing just the right club from his bag.

Every strength. Every insight. Every experience. Every skill. God took it all and, in Saul, who is now named Paul, put it to better use.

What talents of yours have you sacrificed to the gods of sinful pleasure or selfish greed? What skills have you lazily allowed to deteriorate because your ego is too busy chasing paths of greater kingdoms?

God recycles people. God promises that your sins have been lost forever in the deep darkness buried in the empty tomb. God is “at work in you” (Philippians 2:13).