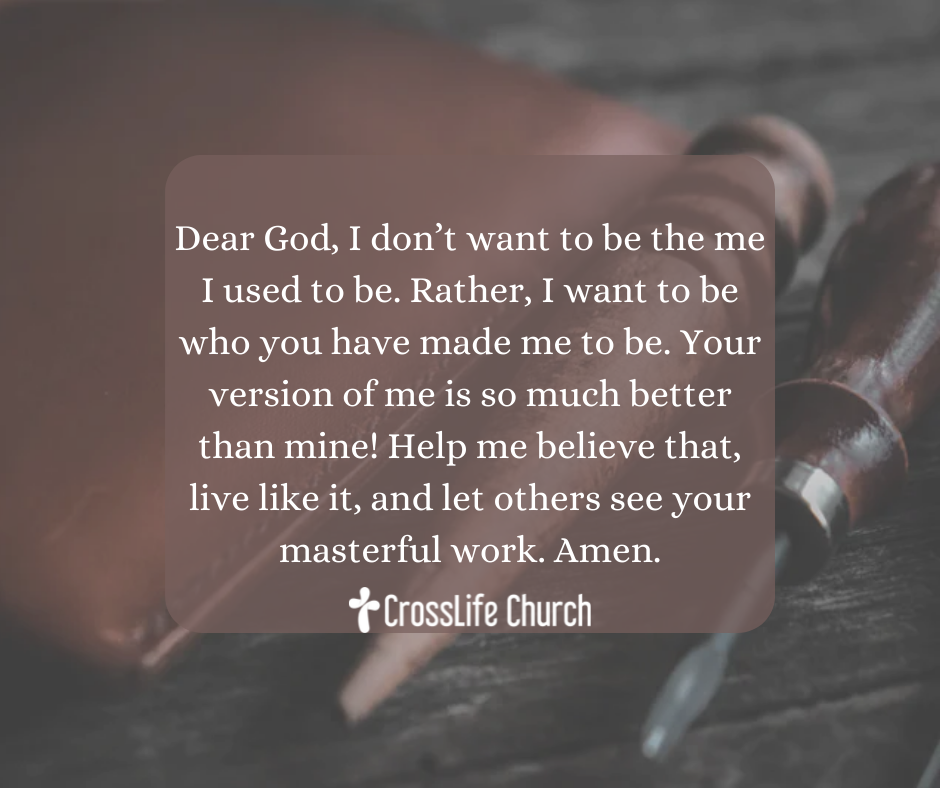 My phone screen is cracked, but it’s not bad. Just one, thin line that doesn’t obstruct anything and isn’t getting worse. I don’t need to repair or replace it.

But we’ve all been there. A shattered phone screen or a front windshield in your car with so many cracks it looks like a spider web. Do you repair that, or just replace it altogether?

Speaking of cars, who hasn’t wrestled with the dilemma of deciding whether to fix a transmission for $2,840 or just get rid of the car?

Last year, France took the world stage by announcing a new initiative that forces certain manufacturers to rate the repairability of their products. Electronic devices were the greatest concern. Phones. Tablets. Laptops.

Manufacturers are now required to tell consumers how repairable these are, based on certain criteria like availability of parts, how easy it is to take the product apart, and more.

Do you ever feel like you are wounded, broken, worn out, or falling apart? How repairable are you?

I’ve made plenty of attempts to repair something and I should have replaced it. Duct tape goes only so far. God knows this. While he is certainly capable and willing when it comes to fixing things, he has something better in mind for you as a person. A new you!

God replaces the wounded you, the broken you, the addicted you and the worrisome you. He replaces the depressed you, the proud you, the foolish you. Instead of sending you to some divine rehab center to make a 2.0 version of the same, sinful you, God puts the old you to death and brings a new you to life.

When you believe in this, you’re not the old you anymore. That’s why Jesus says that believers are born again. Not just changed. Reborn. New life!

It turns out that as much as France is taking a bold step to make this world a better place, God has bigger plans. Repair or replace? “If anyone is in Christ, that person is a new creation: The old has gone, the new is here” (2 Corinthians 5:17).

PRAYER: Dear God, I don’t want to be the me I used to be. Rather, I want to be who you have made me to be. Your version of me is so much better than mine! Help me believe that, live like it, and let others see your masterful work. Amen.