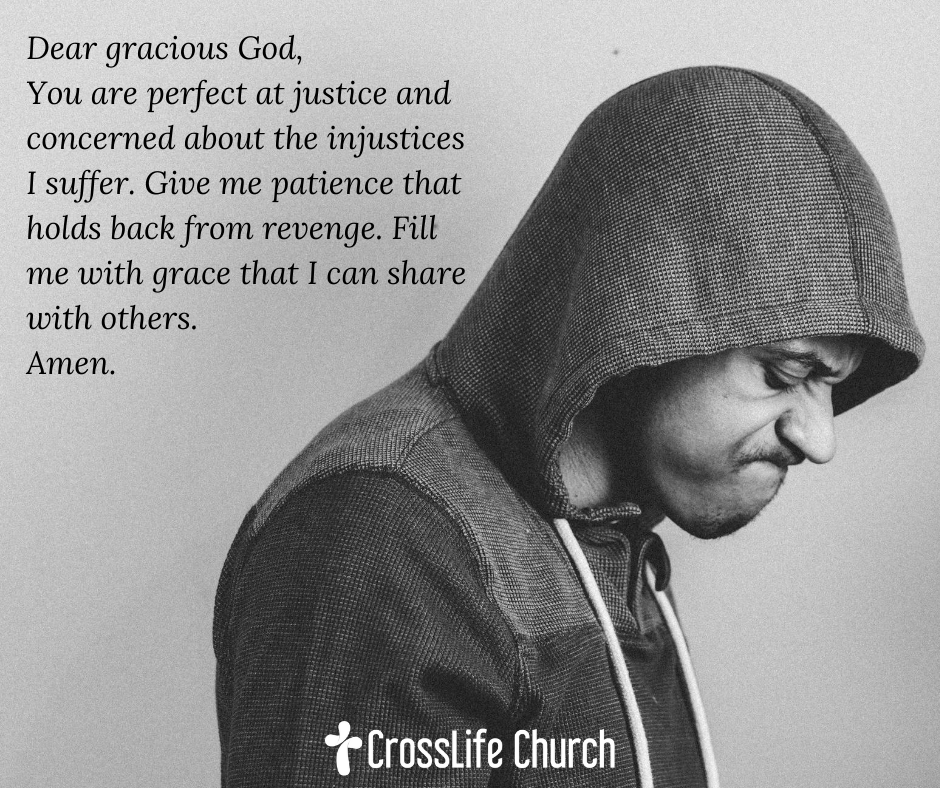 David hides deep in this cave with his fighting men. He is fleeing from crazy King Saul who is ruining the country and should be impeached and deported.

From the dark shadows David and his men hear a man shuffle into the cave to relieve himself. They hush each other, and then gasp, “It’s King Saul!” At that moment, think of all the voices calling out to David with their lies about revenge.

Don’t believe it. The Bible says, “Resentment kills a fool” (Job 5:2). We do foolish things when we’re caught up in resentment. We’ll say, “I’m going to get him! I’ll show her!” Then we do the ridiculous to make that happen. When we give in to resentment, we act in self-destructive ways and hurt ourselves much more than those we’re holding grudges against.

Like the old comedy act, The Three Stooges. Mo kept hitting Curly on the chest. Curly said, “I’m going to get even with that guy. I’m going to stop him!” So he took a stick of dynamite and strapped it to his own chest. Then he said, “Next time he slaps me, it’s going to blow his hand off!!”

That’s what happens when we’re resentful. It never ends with us getting what we want. So why do it? Don’t hold on to your resentment. Let it go. Believe God like David did.

Revenge actually isn’t about making things equal. It’s all about making ourselves feel better and superior to the one who hurts us. We don’t trust God with that. And we shouldn’t! He’s not about making some superior. He’s about making all saved. All redeemed. All forgiven.

David wasn’t out to get even with Saul or get ahead of Saul. He trusted God with the score. He trusted God’s patience and timing. When tempted with the voices of resentment and revenge, David resisted, “The Lord forbid that I should do such a thing to my master, the Lord’s anointed, or lay my hand on him; for he is the anointed of the Lord” (1 Samuel 24:6).

David leaves all judgment and revenge to the Lord God. Here’s the rest of the story: Saul goes on to confess his wrongs, affirm David’s succession to the throne, and ask for David’s mercy.

PRAYER: Dear gracious God, you are perfect at justice and concerned about the injustices I suffer. Give me patience that holds back from revenge. Fill me with grace that I can share with others. Amen.

FURTHER MEDITATION: Read the story in 1 Samuel 24. What happens when Saul leaves the cave?