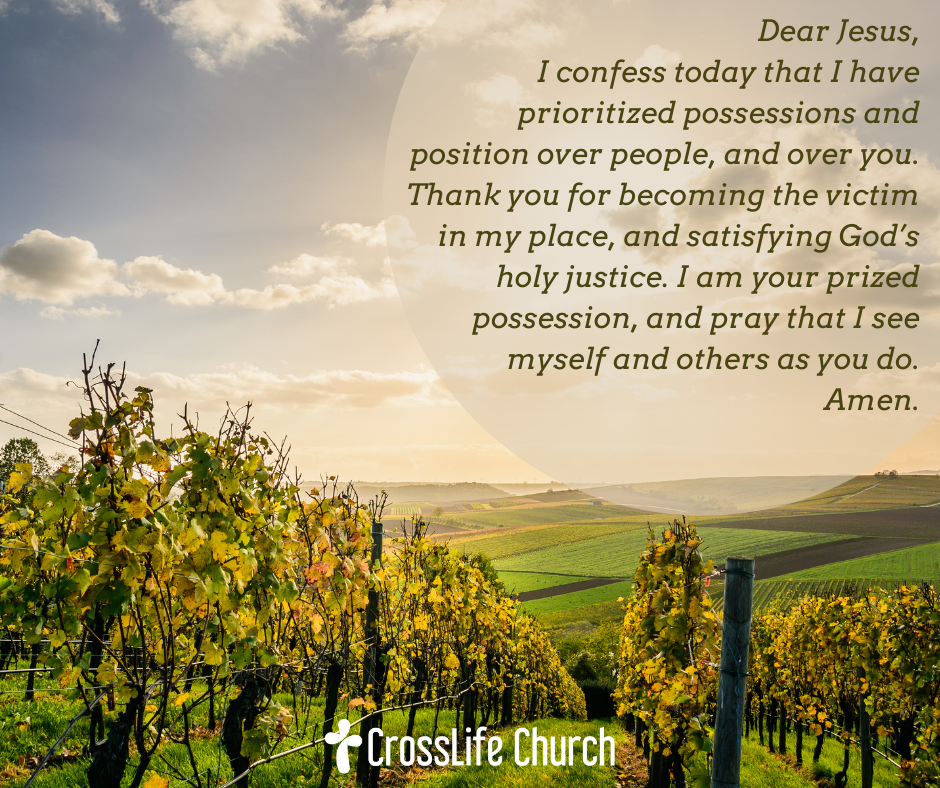 One of the tragic stories of corrupt rulers in the Old Testament of the Bible features wicked King Ahab and his wife, Jezebel (1 Kings 21).

Ahab had his eyes on a vineyard near his palace that belonged to a man named Naboth. Ahab extended a generous offer for the vineyard, but it was a family operation that Naboth did not want to sell.

At that point, it becomes clear that the vineyard is a prized possession to Ahab, and that Naboth is standing in the way. So Ahab and his wife Jezebel devised a sinful scheme to falsely accuse Naboth and have him killed. Ahab conveniently claims the vineyard.

When Naboth was finally murdered, King Ahab and Queen Jezebel were satisfied. The work was done. The vineyard became theirs. They valued positions and possessions over people.

Jesus’ rights were violated and, like Naboth, he became a victim. And God’s justice was satisfied.

God valued people over the glorious position of his own Son or all the possessions of the world. God loves you. “The blood of Jesus, his Son, purifies us from all sin” (1 John 1:7).

God forgives you, because the blood of Jesus paid the price of justice. That’s how God sees you. That’s how Jesus, God’s Son, sees you. Forgiven. Pure. You are not forgotten. You are not a victim of your sins or your thoughts or your feelings or the devil’s lies.

Believe the truth. You matter to God. Others matter to him, and so they will matter to you. Projects and possessions aren’t the prize. People are. That’s what God sees. See yourself and others that way too.

PRAYER: Dear Jesus, I confess today that I have prioritized possessions and position over people, and over you. Thank you for becoming the victim in my place, and satisfying God’s holy justice. I am your prized possession, and pray that I see myself and others as you do. Amen.

FURTHER MEDITATION: At what times in your life are you tempted to see yourself as detached from God, totally on your own, needing to create your own identity? At those times you will feel distant from God and that is why. Anticipate those times, and prepare for them by copying the prayer above and keeping it with you.