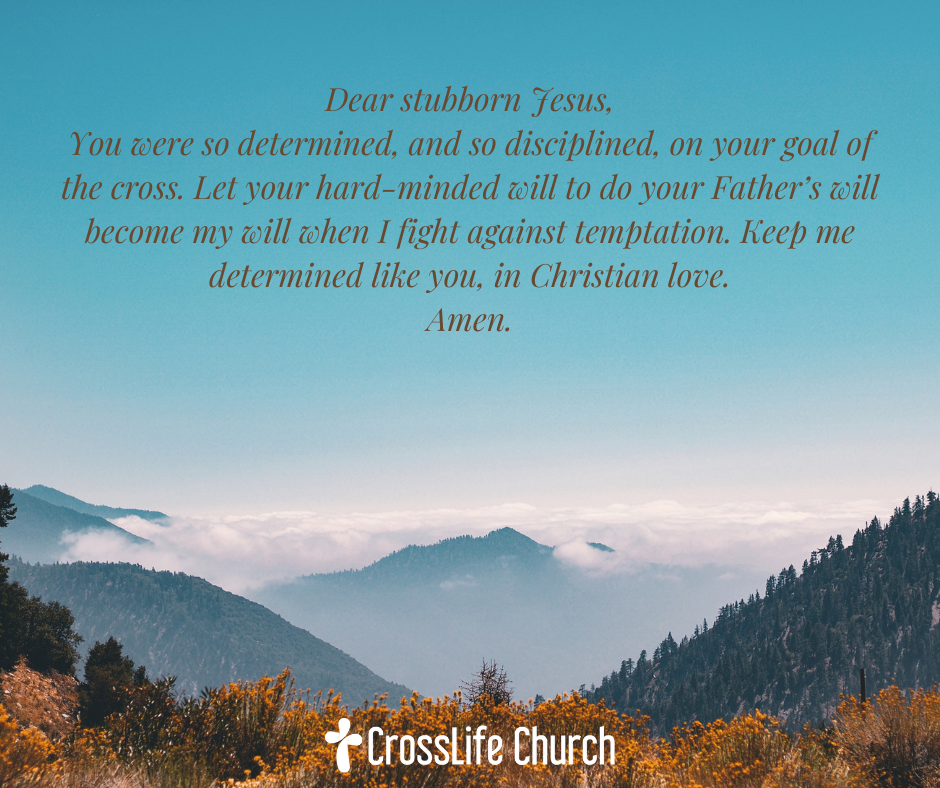 Roger could have been in good shape to be out playing a bit of summer time golf today. However, his rotator cuff is still giving him troubles.

It’s actually been painful for some time. But, he’s convinced it won’t be a problem. Despite his wife’s insisting, he won’t go see a doctor.

Some men have worse problems due to their refusal to see a doctor. What is it about doctors that men hate? Reality, probably. The reality that we’re not Superman.

I noticed a billboard on the freeway that says, “This year thousands of men will die from stubbornness.” Good message. Sometimes stubbornness is more fatal than any number of diseases, which could be cured if caught in time.

Not because he refused to see a doctor for some strange symptoms, but because Jesus refused to say no to his Father’s will.

Stubbornly, Jesus persisted in his message of forgiveness and reaching out to the lost and the outcast even when pressured by church authorities.

Stubbornly, Jesus refrained from zapping Judas to smithereens before he could betray him.

Stubbornly, Jesus walked toward Jerusalem and patiently instructed his disciples about his suffering and death.

Stubbornly, Jesus held his tongue when ridiculed with lies and evil.

Stubbornly, Jesus carried his cross to Calvary and declined the liquid narcotic that would have numbed his full participation in his suffering.

Stubbornly, Jesus promised his Father, “Your will be done.”

We can thank Jesus no better than to live—stubbornly—as his followers.

PRAYER: Dear stubborn Jesus, you were so determined, and so disciplined, on your goal of the cross. Let your hard-minded will to do your Father’s will become my will when I fight against temptation. Keep me determined like you, in Christian love. Amen.

FURTHER MEDITATION: Take 5 minutes. It will feel like a long time. Set a timer now. Five. Minutes. Now just sit quietly, relax, and recall what you can about Jesus stubbornly journeying on his way to the cross. He refused things and people and said no to these so he could say yes to his Father, and you. He made conscious choices that brought him into contact with people who needed him. He made himself accessible. Think about these things, and in prayer thank him for stubbornly loving you. Ask him to share some of his stubbornness with you, so that you are more focused on him.