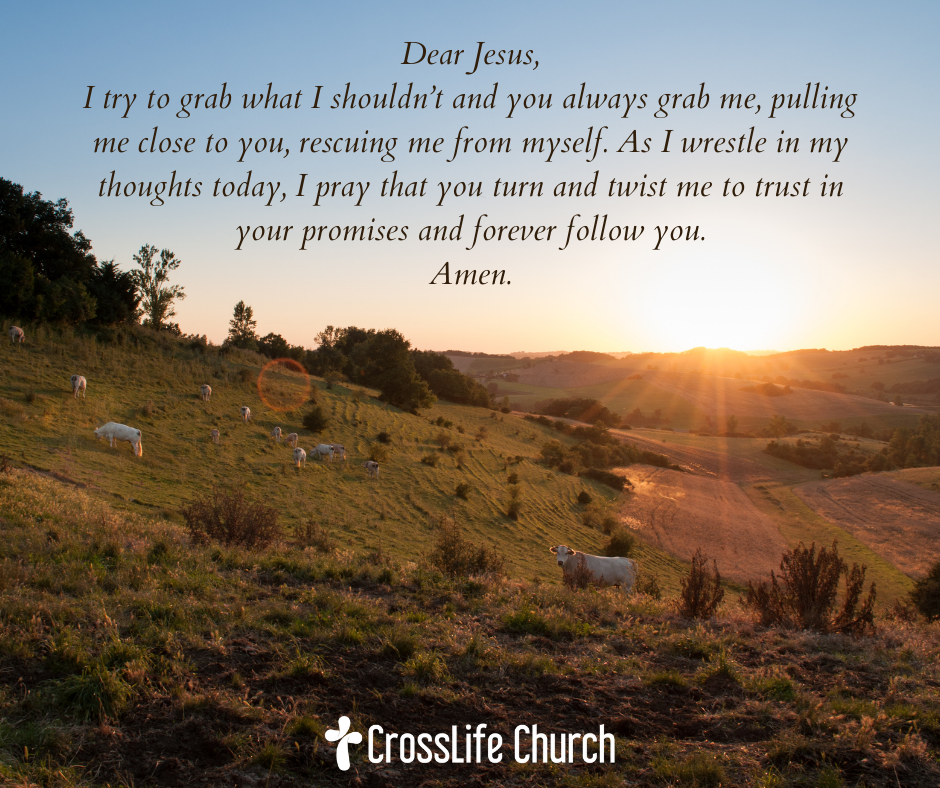 Twins were born to Isaac and Rebekah, and at birth Esau was delivered first “After this, his brother came out, with his hand grasping Esau’s heel; so he was named Jacob” (Genesis 25:26).

Jacob means “heel grabber” and is a Hebrew idiom for “deceiver.” Jacob fulfilled that name, becoming a manipulator, trickster, and expert at conniving his own way. He developed a plan that tricked his father into giving him a special blessing that was supposed to be spoken to Esau.

Until Jacob met his match. The Lord appeared to him one night and they wrestled. Certainly Jacob tried some tricky moves, but he struggled. The match ended when the Lord wrenched Jacob’s hip socket, so that he’d walk with a limp.

A daily reminder that the Lord grabbed his heel, and won. The Lord cannot be tricked, manipulated or connived by even the best. The Lord “out-Jacobed” Jacob (Genesis 32)!

Deception is so tricky, because those who deceive others are usually deceived themselves. Deception and manipulation convinces them that they can act independently of the Lord, get their own way, buy votes, use people, and cover up their messes and mistakes.

We’re all guilty of some kind of deception in some way, and yes, deceiving ourselves.

So the Lord appears. The better Jacob. He comes to this earth, becomes a man, and wrestles with our sins and our deceptions. He grabs us by the heel, not to trick us but to save us.

Like he reached out, grabbed Peter by the hand, and saved him from drowning. Like the shepherd reached out and saved the lost sheep. Like Jesus stretched out his arms and with nails pounded in them and his feet, saved you forever.

He’s very good at it, too. After all, Jesus was born from the family of Jacob, who was eventually given the new name: Israel.

PRAYER: Dear Jesus, I try to grab what I shouldn’t and you always grab me, pulling me close to you, rescuing me from myself. As I wrestle in my thoughts today, I pray that you turn and twist me to trust in your promises and forever follow you. Amen.

FURTHER MEDITATION: “How long must I wrestle with my thoughts” (Psalm 13:1). Read this short psalm for the answer.