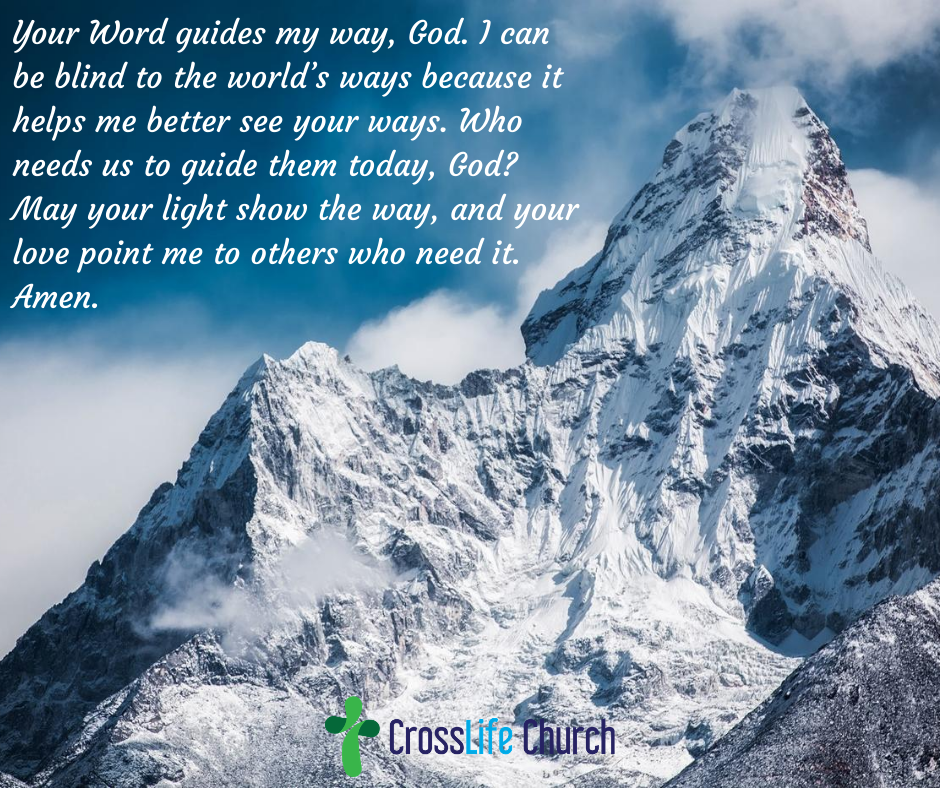 Erik Weihenmayer is an amazing athlete and adventurer.

He’s been this way since he was a kid. When he was only 15 months old, he was diagnosed with juvenile retinoschisis. Doctors said he would be totally blind by age 13. And he was.

The blind leading the sighted

He tells the story of a descent off the face of El Capitan. He was with several other climbers. They had already spent at least one night in a sling-enhanced bivouac on the face, and were now trying to get off the mountain before nightfall.

They failed. Night descended on them before they were able to finish their descent. They were all in the dark. So they turned to the one man who had the most experience climbing in the dark: Erik. He led them down and out on the last pitch.

The blind leading the sighted.* Because sometimes the sighted are handicapped.

What can you see because you have blinded yourself to the ways of this world? Whatever it is, God’s Word guides the way. “Your word is a lamp for my feet, a light on my path” (Psalm 119:105).

God’s Word helps you know if dangers, hazards or problems lie imminently before you. God’s Word casts light on sinful obstacles to wholesome living. Like navigating any highway, some things you’ve just got to go around and avoid. Other problems are like potholes that need to be filled with solid material and paved over. Some issues, like a tree across a road, need to be sawed up and emphatically removed.

Sometimes you switch to high beams. Now, the road far ahead of you is in the light. You can see the curve to the left that’s coming. Instantly, you can determine whether a long stretch of straight road is before you, or whether the road twists and turns. You now know what you need to prepare for.

God’s Word gives you all of this, shows you the way, leads you with its light. Walk that path today and always.

PRAYER: Your Word guides my way, God. I can be blind to the world’s ways because it helps me better see your ways. Who needs us to guide them today, God? May your light show the way, and your love point me to others who need it. Amen.

FURTHER MEDITATION: Slow down and meditate in this prayer. Give God time and freedom right now to equip you and enlighten you through his Word. He will answer. He will help.